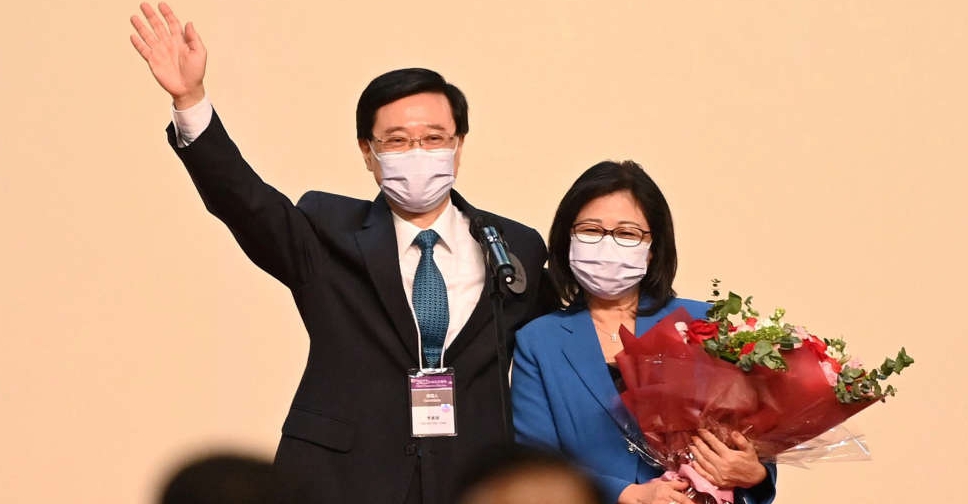 Lee received a majority endorsement for the top job on Sunday with 1,416 votes from the city’s Election Committee, which is stacked with pro-Beijing loyalists.

Eight voted to "not support" him.

As the sole candidate, Lee has vowed to re-establish Hong Kong’s image as an international city after several years of political upheaval.

Set to be the city's first leader with a police background, Lee thanked his supporters and said it was an important, historic day for him.

He was partly responsible for ending the city's massive protests that began in 2019 when he was security minister, and enforced a harsher regime under a national security law imposed by Beijing in mid-2020.

The law has since been used to arrest scores of pro-democracy politicians and activists, disband civil society groups and shutter liberal media outlets. Beijing says the law restored stability in the former British colony.

Lee will replace Carrie Lam, whose popularity has plunged over her rocky five year term.