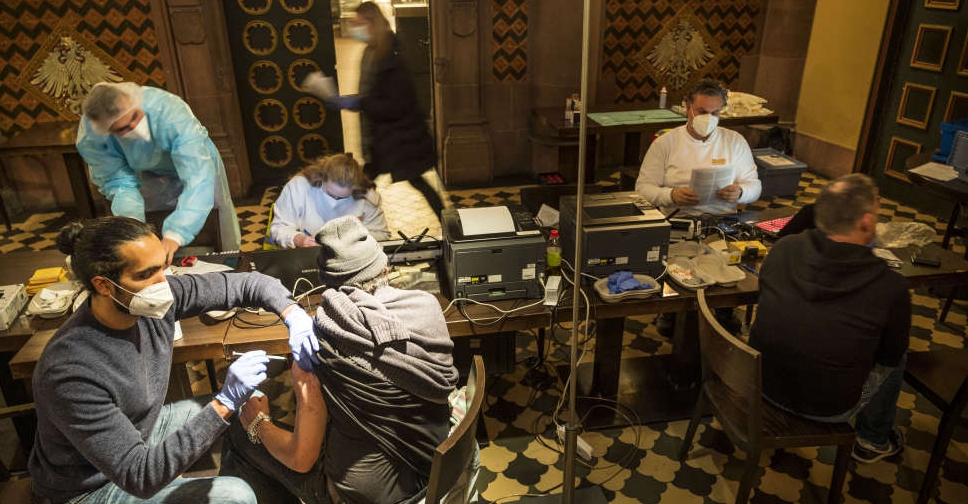 A leader of Germany's Greens, set to be part of a new government, expressed support on Wednesday for mandatory vaccinations as the number of infections jumped again.

Germany registered 66,884 new coronavirus infections and 335 more deaths due to the virus, bringing the total number of deaths close to 100,000, according to figures by the Robert-Koch-Institute of infectious diseases on Wednesday.

Chancellor Angela Merkel, who is preparing to hand over to a new government of Social Democrats, Greens and Free Democrats, called in the leaders of these parties on Tuesday to discuss the pandemic.

Katrin Goering-Eckardt, the parliamentary leader of the Greens, said continual lockdowns and restrictions on social contact were a bigger imposition than demanding vaccination.

Initially, mandatory vaccinations were needed in care facilities to protect particularly sensitive groups, she told Deutschlandfunk radio. Introducing compulsory vaccination would not mean that this would be enforced by police, she added.

The Free Democrats have so far opposed making vaccines compulsory.

The health ministry has put together a proposal to make it compulsory for workers in nursing homes and clinics to be vaccinated from Jan. 1, 2022, Spiegel magazine reported.

Germans have been waiting in line for hours to get vaccinated in recent days, with about 68% of the population fully vaccinated, below the average in western Europe.

On Tuesday, 638,109 people got a shot, the highest daily figure since July 28, although the vast majority of those were booster vaccinations.

Neighbouring Austria has reimposed a full lockdown due to surging caseloads and has said it will introduce compulsory vaccination next year.

Meanwhile, Germany's Ethics Council - an independent group of experts that advises the government - indicated it could reconsider its rejection of compulsory vaccination.

"We are really thinking about it, because we see that the numbers are rising," its deputy chairperson, Susanne Schreiber, told RTL television.