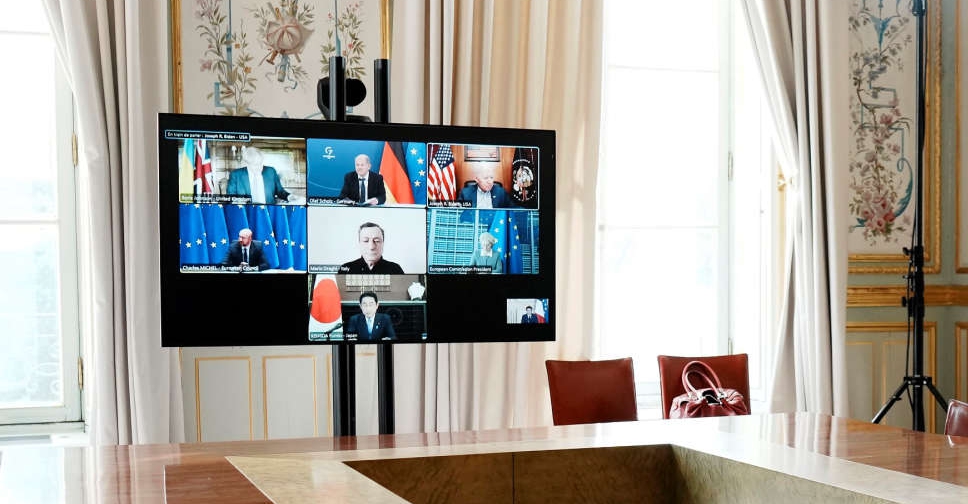 The Group of Seven leaders said in a joint statement on Sunday that they will reinforce Russia's economic isolation and "elevate" a campaign against Russian elites who support President Vladimir Putin.

After meeting virtually with Ukrainian President Volodymyr Zelenskyy, the leaders said they would cut off key services on which Russia depends, reinforcing the isolation of Russia "across all sectors of its economy."

They also committed to phasing out dependency on Russian energy, including by banning imports of Russian oil.

"(We) will continue and elevate our campaign against the financial elites and family members, who support President Putin
in his war effort and squander the resources of the Russian people," the statement added.

The United States on Sunday unveiled sanctions against three Russian television stations, banned Americans from providing accounting and consulting services to Russians, and sanctioned executives from Gazprombank to punish Moscow for its invasion of Ukraine.

Putin calls the invasion a "special military operation" to disarm Ukraine and rid it of anti-Russian nationalism fomented by the West. Ukraine and its allies say Russia launched an unprovoked war.