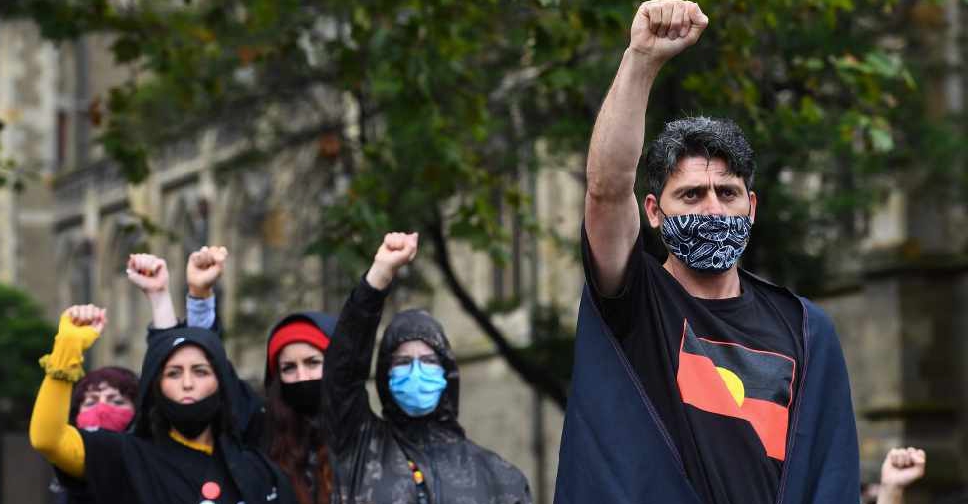 Five people were arrested in Sydney in largely peaceful Australia Day protests on Tuesday with thousands defying public health concerns and rallying across the nation against the mistreatment of the Indigenous people.

The January 26 public holiday marks the date the British fleet sailed into Sydney Harbour in 1788 to start a penal colony, viewing the land as unoccupied despite encountering settlements.

But for many Indigenous Australians, who trace their lineage on the continent back 50,000 years, it is "Invasion Day".

Chants of "Black Lives Matter" and "always was, always will be Aboriginal land" rang out during most rallies across the country, television footage showed.

Around 2,000-3,000 people gathered in Sydney, according to estimates by the New South Wales police. The handful of arrests were made for breach public conduct rules and scuffling with the police, but the police said most protesters were "well-behaved".

In Melbourne, television footage showed several thousand people marching through the city centre, many wearing T-shirts with the Aboriginal flag, while organisers tried to ensure social distancing rules were observed.

In Adelaide, an estimated 4,000 people gathered at a sit-down protest, while in Brisbane the crowd reached 5,000 people.

Most official events involved formal recognition of the loss and destruction of Indigenous culture and history of dispossession, with speeches by Indigenous elders, smoking ceremonies, welcome to country ceremonies, and traditional dancing.

Aboriginal flags flew from landmark buildings, including Sydney's Harbour Bridge, while the Opera House was lit up with Indigenous art.

While thousands of people flocked to beaches and picnic spots around the country to celebrate the national day, many official events were cancelled due to coronavirus restrictions.

Australia has fared better than most other developed economies in the pandemic, with just under 28,800 cases and 909 deaths, mostly in Victoria state. On Tuesday, the country recorded its ninth consecutive day of zero community transmissions, according to the health ministry.

"There is no escaping or cancelling this fact. For better and worse, it was the moment where the journey to our modern nation began," Morrison said at an official ceremony in Canberra. "

"We have risen above our brutal beginnings."