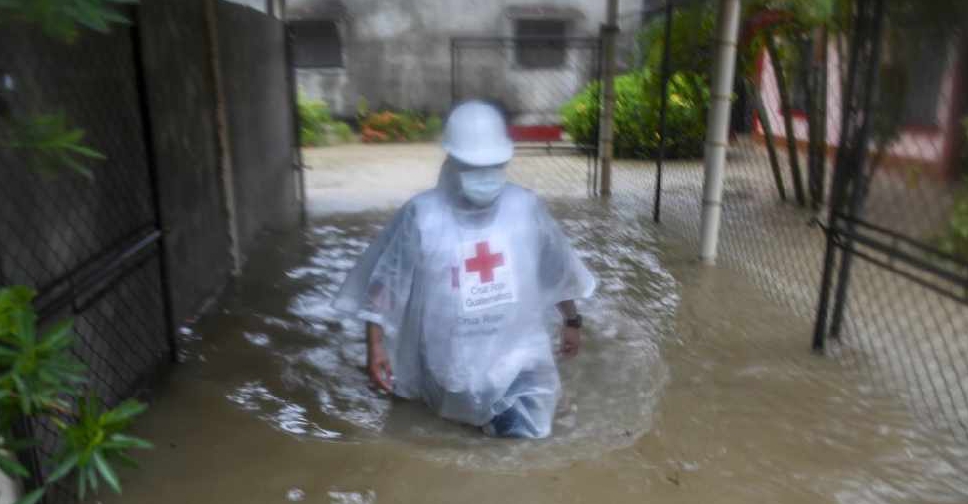 The remnants of Hurricane Eta unleashed torrential rains and catastrophic flooding on Central America, with fatalities sharply up on Thursday mostly because of mudslides.

More than 70 people were reported killed across the region of mostly poor countries wedged between Mexico and Colombia, and at least hundreds were stranded on rooftops or cut off by floods.

In Guatemala, the death toll shot up past 50 over the course of Thursday, according to President Alejandro Giammattei, who said mudslides around a couple of small towns swallowed about a couple dozen homes.

"Right now, we're trying to get there on foot because there's no other way," said Giammattei, referring to flooded out roads that complicated rescue efforts.

One of the fiercest storms to hit Central America in years, Eta struck Nicaragua as a Category 4 hurricane on Tuesday with winds of 241 kph before weakening to a tropical depression as it moved inland and into neighbouring Honduras.

Overall, eight fatalities were confirmed in Honduras, as more than 5,000 people were holed up in shelters while 63 communities were cut off from communications, according to the government.

Officials said 20 bridges there had been destroyed. Video posted on social media showed one of the bridges, spanning the Ulua River just east of San Pedro Sula, disappearing into the waterway after a raging torrent pulled it down.

The government said about 500 people were rescued from their roofs in Honduras on Thursday as water levels continued to rise, but many others were still stranded.

"We will not leave the area until we rescue the last person," Honduran President Juan Orlando Hernandez told media, adding that rescue efforts led by police, soldiers and firefighters will continue overnight.

Damage and destruction had spread across most of Honduras and speedboats and helicopters would be sent to take people to safety in inaccessible areas, Hernandez said earlier in the day.

Media in Nicaragua also reported two miners had been killed in a mudslide.