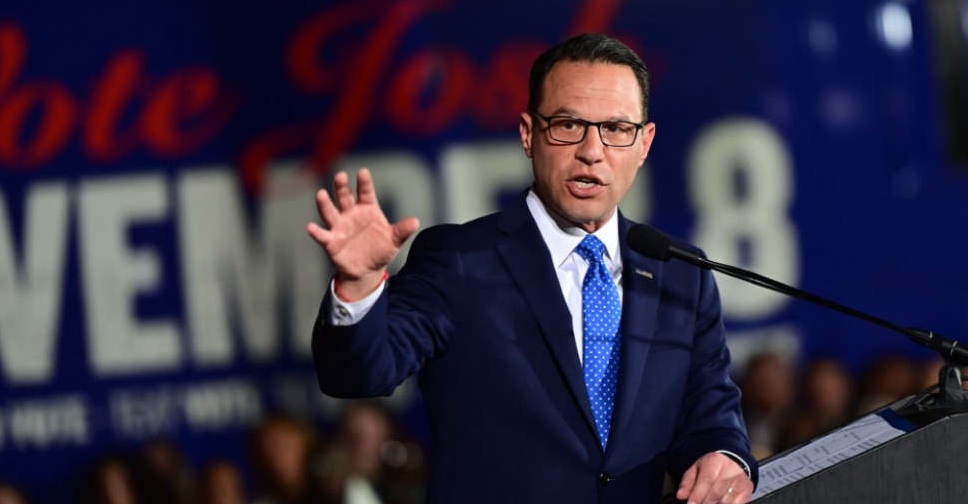 Democrats won elections for governor in the "blue wall" states of Michigan, Pennsylvania and Wisconsin on Tuesday, enabling them to defend against Republican-dominated state legislatures on issues such as abortion rights and fair elections.

Democratic governors Gretchen Whitmer of Michigan and Tony Evers of Wisconsin were re-elected, while Josh Shapiro succeeded an outgoing Democratic governor in Pennsylvania, according to projections from Edison Research.

The three states served as a "blue wall" that helped President Joe Biden defeat Donald Trump in 2020, when Republican officials tried to overturn those results.

Republicans control the state legislatures in all three, making the governorships crucial to vetoing legislation.

Nationally there were 36 state governor's races on US midterm election ballots on Tuesday, with the future of abortion rights and election oversight at risk in competitive contests around the country.

Democrats were ahead by a net two seats, with more tight races on the West Coast yet to be decided, but Republican incumbents cruised to victories in marquee races in Florida, Georgia and Texas, Edison Research projected.

The high stakes brought increased money and attention to the state-level races, which often get overshadowed in midterm elections by the fight for control of Congress.

In Pennsylvania, Shapiro defeated Republican election denier Doug Mastriano in a presidential battleground state where the governor appoints the official who oversees elections.

Mastriano has echoed Trump's false claims about voting fraud and was present at the US Capitol on January 6, 2021 - the day of a deadly riot - to protest the results of the 2020 presidential election.

Mastriano told supporters late on Tuesday he would respect the election results, but said there were too many votes outstanding and he wanted to see "what the voters have to say".

In Michigan, Democratic Governor Gretchen Whitmer won a second term, having campaigned hard on abortion rights after the US Supreme Court overturned the constitutional right to abortion. Her Trump-backed opponent, commentator Tudor Dixon, supported a near-total ban on abortion.

Michels had promised, if elected, to enforce a 19th-century abortion ban that Evers is challenging in court.

Democrats picked up governorships in Massachusetts and Maryland with history-making candidates.

Another barrier was broken in Maryland, where Democrat Wes Moore became the state's first African American candidate to win an election for governor.

Women of both parties had a good night, as a record number of women will hold governorships when they are all sworn in. There could be as many as 12 women governors, up from the current record of nine.

In New York state, where Republicans last won 20 years ago, Democratic Governor Kathy Hochul survived a challenge from Republican Lee Zeldin, who campaigned hard on the issue of crime. Hochul, a former lieutenant governor who ascended when former governor Andrew Cuomo resigned, became the first woman elected to the post in New York.

But in Georgia, Democrat Stacey Abrams came up short against Republican Governor Brian Kemp in a rematch of their 2018 race. Abrams' strong run four years ago made her a Democratic star nationally, but Kemp was ahead by nearly 8 percentage points with 96 per cent of the projected vote counted.

In Texas, Republican Governor Greg Abbott won a third term over Democratic challenger Beto O'Rourke, a former US congressman who became a national Democratic figure after a close loss in a Senate race four years ago and a run for the 2020 Democratic presidential nomination.

DeSantis, 44, is expected to seek the Republican presidential nomination in 2024. That likelihood has drawn the ire of Trump, 76, who has nicknamed him "Ron De-Sanctimonious."

Trump has said he will make a major announcement next Tuesday, when he is widely expected to declare his candidacy.