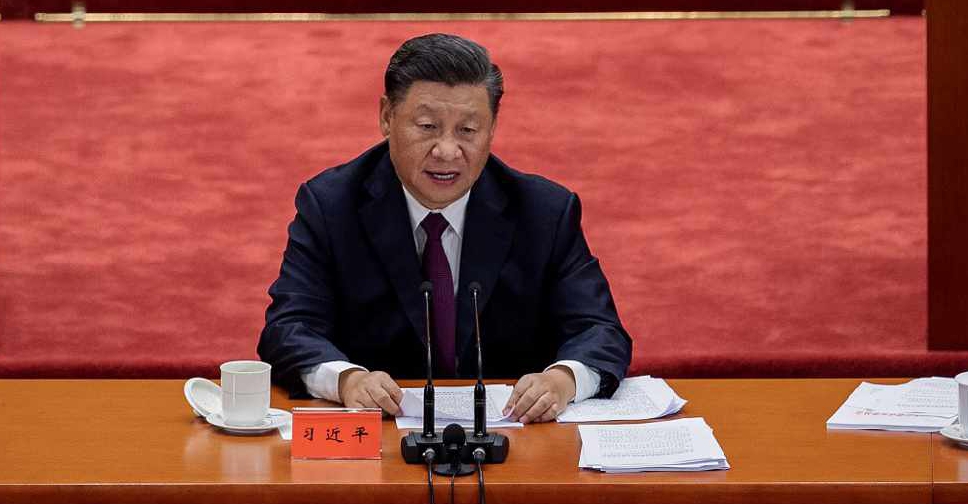 President Xi Jinping honoured the "heroes" of China's "people's war" against COVID-19 at a ceremony on Tuesday, lauding the country's resilience.

Defying charges from the US and elsewhere that early failures enabled the coronavirus pandemic to spread more quickly, Xi said that China acted in an open and transparent manner throughout, and took decisive actions that saved lives.

"China has helped save the lives of tens of millions of people around the world with its practical actions, showing China's sincere desire to build a common future and community for humanity," Xi said at a ceremony in the Great Hall of the People in Beijing.

He said China is the first major economy to return to growth during the pandemic - a fact he said demonstrates the country's resilience and vitality.

There was no mention of Li Wenliang, the doctor who was punished for spreading information about a new infectious disease in Wuhan, and whose death from COVID-19 in February sparked nationwide outrage.

Beijing faced criticism at home and overseas in the early days of the outbreak.

Local authorities in Wuhan, the city where the coronavirus was first identified, were accused of a cover-up that delayed the country's emergency response by at least two weeks.

But as infections spread throughout the world while slowing domestically, Beijing grew more assertive, resisting global investigations into the origins of the outbreak and saying its swift actions helped buy time for other countries to prepare.

State media has stressed Xi's role in China's containment of the virus.

The official Xinhua news agency said in a long special report on Tuesday that Xi has worked tirelessly since January and even suffered sleepless nights as he "shouldered the extremely difficult mission of fighting the epidemic".

Beijing has sought to focus on China's success at overcoming the virus, rather than its origins.

During a government-arranged tour of Wuhan last week, reporters were shown schools and tourist sites reopening, but were not allowed to report from the Huanan seafood market where the outbreak was first believed to have originated.