China's wild elephants on the move again after day of rest 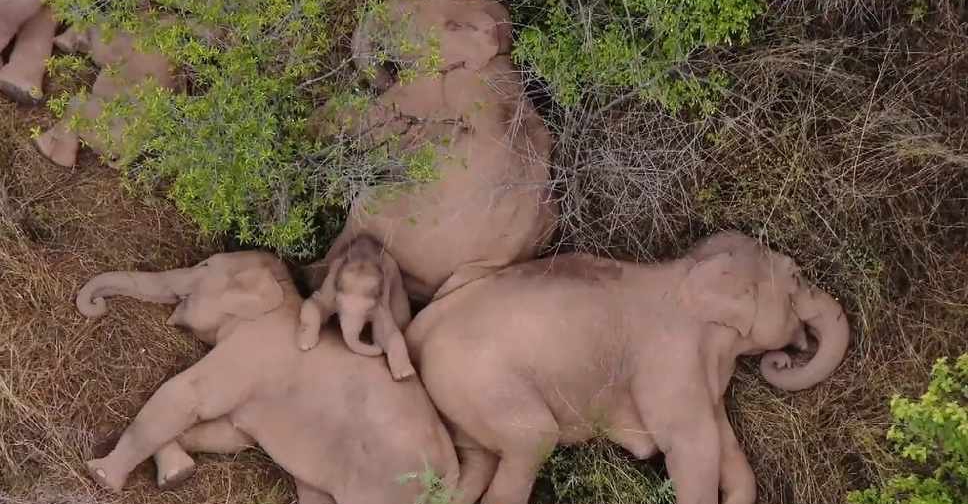 A roaming herd of 15 wild elephants is on the move again after resting for a day in a patch of forest on the outskirts of the city of Kunming in southwest China, resuming a year-long, 500-km trek that has captured the public's imagination.

Drone photographs taken on Monday by the provincial forest fire brigade showed members of the herd sleeping in a clearing in the middle of a forest in the district of Jinning, which has been hit by heavy rain and thunderstorms.

The elephants began moving again on Tuesday morning, prompting a fresh round of activity by authorities, according to state broadcaster CCTV.

Amid fears the elephants could encroach upon human settlements, tracking teams are currently working around the clock to monitor their movements. More than 400 emergency response personnel have also been deployed.

Chen Fei, director of the State Forestry and Grassland Administration's Asian Elephant Research Centre, said they were watching closely to see if the herd resumes its northward trajectory, and would evacuate villages if necessary, CCTV said.

The herd began its journey northwards more than a year ago, travelling from a designated elephant protection zone in Xishuangbanna, near China's border with Myanmar. 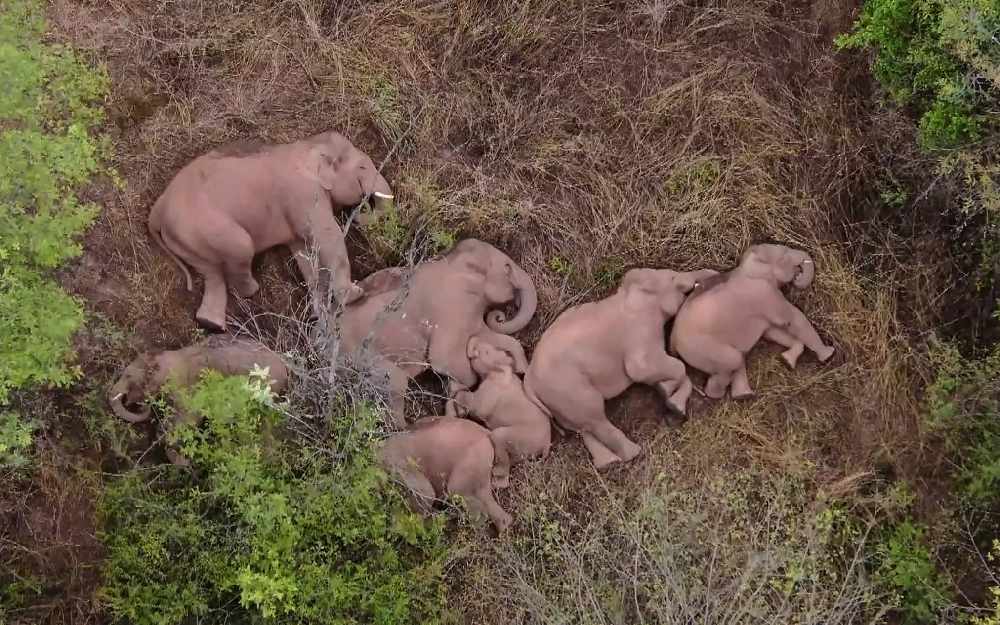 The space available for China's last remaining native elephant community has gradually shrunk over the years, with the tropical forests of Xishuangbanna replaced with banana, tea or rubber plantations or used to plant lucrative raw materials for traditional Chinese medicine.

It is unclear what prompted the herd to head north, but conservation efforts in Yunnan over the past decade have seen elephant numbers double, putting land and resources under increasing strain.