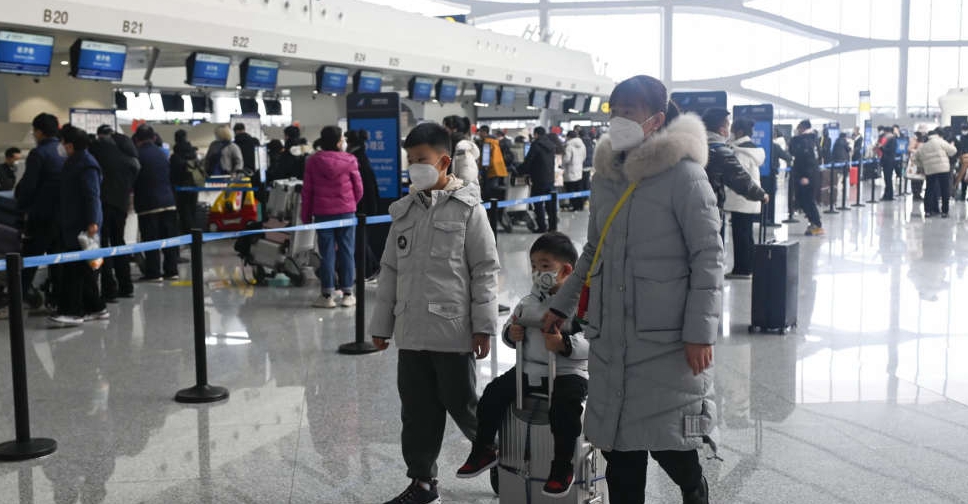 The number of COVID patients needing critical care in China's hospitals has peaked, health authorities said on Thursday, as millions travelled across the country for long-awaited reunions with families, raising fears of fresh outbreaks.

There has been widespread scepticism over China's official COVID data since it abruptly axed anti-virus controls last month that had shielded China's 1.4 billion people from the disease for three years.

China said last Saturday that nearly 60,000 people with COVID had died in hospitals between December 8 and January 12 - a roughly 10-fold increase from previous disclosures.

However, that number excludes those who die at home, and some doctors in China have said they are discouraged from putting COVID on death certificates.

As travel picks up during the busy Lunar New Year holiday season, as many as 36,000 people could die each day from the disease, according to the latest forecasts from UK-based health data firm Airfinity. Other experts predict over 1 million will die from the disease this year.

But a National Health Commission official told a news conference on Thursday that China has passed the peak period of COVID patients in fever clinics, emergency rooms and with critical conditions.

The number of patients with critical conditions in hospital were more than 40 per cent lower on January 17 than a peak seen on January 5, an official said.

The fresh data comes after President Xi Jinping expressed concern that rural areas were ill-equipped to deal with a surge in infections as holidays, which officially start on January 21, bring throngs of city-dwellers back to their home towns.

Before COVID first emerged in the central Chinese city of Wuhan in late 2019, the holiday season was known as the greatest annual migration of people anywhere on the planet.

"China's COVID prevention and control is still in a time of stress, but the light is ahead, persistence is victory," Xi said on Wednesday in a holiday message carried by state broadcaster CCTV.

"I am most worried about the rural areas and farmers. Medical facilities are relatively weak in rural areas, thus prevention is difficult and the task is arduous," Xi said, adding that the elderly were a top priority.

China's chaotic exit from a regime of mass lockdowns, travel restrictions and mass COVID testing, has also prompted a run on drugs as people fend for themselves against the disease.

To meet soaring demand, drugmakers in China are rushing to triple their capacity to make key fever and cough medicines, the state-run China Daily reported on Thursday.

China has so far relied on domestic vaccines to combat the pandemic, eschewing foreign-made ones, which some studies have suggested are more effective, while other foreign treatments for COVID-19 have been hard to come by in China.

Pfizer's PFE.N COVID-19 anti-viral drug Paxlovid is available in China but has been very difficult to obtain through official channels, according to media reports and personal accounts. Merck & Co's MRK.N antiviral treatment molnupiravir has also been approved for use but is not yet widely available.

At a meeting this week, China's National Medical Products Administration pledged to stabilise the prices of COVID-related drugs and crack down on counterfeit sales.