Thousands take to streets of US in celebration of Biden victory 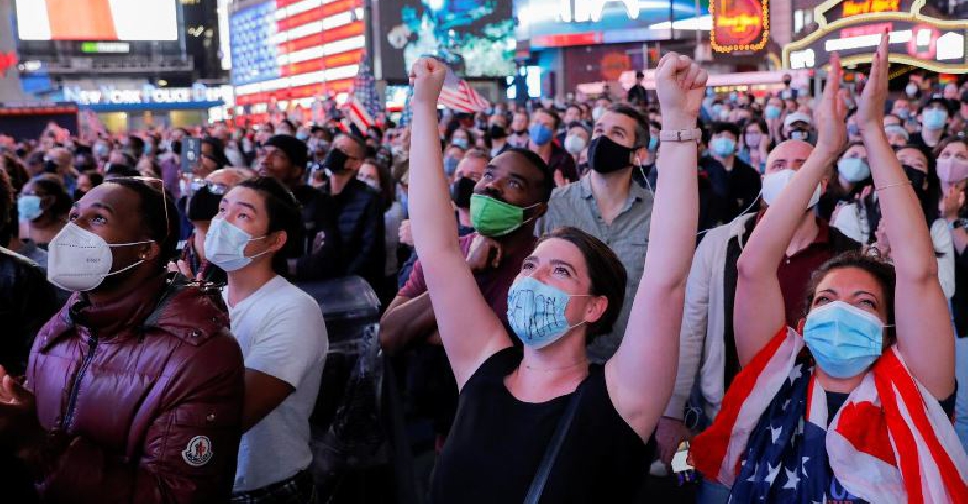 Rallies by hundreds of supporters of Republican President Donald Trump, who insisted on Saturday “this election is far from over,” were more muted in size and scope compared with the festive crowds that turned out by the thousands in some cities for Biden.

While there were some isolated instances of Trump and Biden supporters confronting one another, as occurred between two opposing groups of about 100 each in Harrisburg, Pennsylvania, there were no immediate reports of violence or other unruly behaviour.

The reaction to the news that Pennsylvania and its 20 Electoral College votes had put Biden over the top - following a nerve-wracking wait for the results of voting weeks before and on Election Day on Tuesday - was almost instantaneous.

Minutes after major television networks called the race in the former vice president’s favour, throngs of people - most of them wearing masks to curb the spread of COVID-19 - streamed to the White House to rejoice outside a security fence as the sound of fireworks boomed in the distance.
“I was on the bus and I jumped off the bus to come right down here to the White House,” Washington resident Donna Thomas said. “It is something to celebrate. We have been waiting so long.”

In New York City, Biden supporters danced in the streets, cheered and banged on kitchenware from balconies, brownstone stoops and rooftops - hoisting Biden campaign signs and American flags in the air.

In Manhattan, a planned demonstration in Columbus Circle turned into a dance party celebrating New York and the election’s result, while revellers at Washington Square Park in Greenwich Village danced and splashed in the park’s fountain.

Similar scenes played from coast to coast, overwhelming what some backers of Trump had planned as a day of rallies in all 50 state capitals in support of his baseless claims that Democrats were out to steal the election.