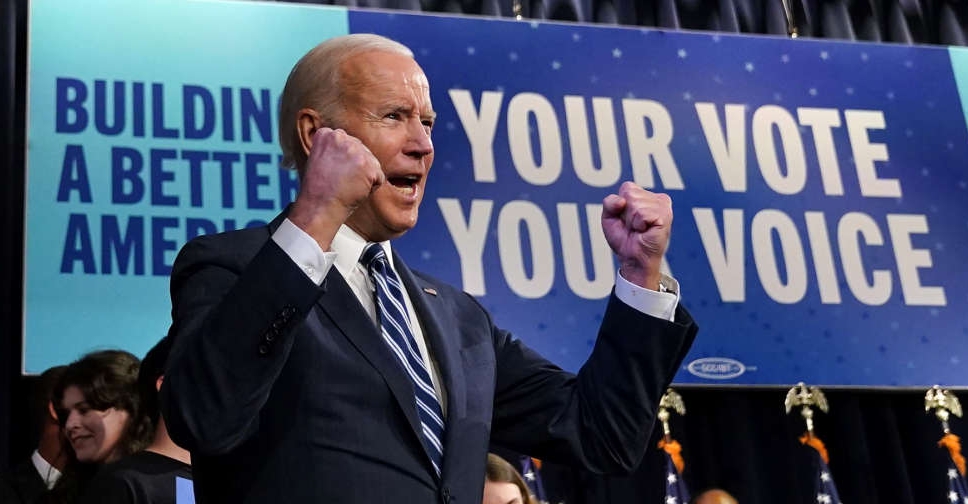 Joe Biden said on Sunday he was "incredibly pleased" with the turnout in the US election after Democrats clinched control of the Senate, a major victory for the president as he looks to his next two years in office.

Speaking to reporters in Cambodia ahead of an East Asia Summit, Biden said the turnout was a reflection of the quality of candidates his party was fielding, after Senator Catherine Cortez Masto was projected to win re-election in Nevada, narrowly beating Republican challenger Adam Laxalt.

A Democratic victory in a Georgia runoff next month would then give the party outright majority control of a 51-49 Senate, while a Georgia defeat would still keep Democrats in charge of a 50-50 Senate, with Democratic Vice President Kamala Harris able to break tie votes. The additional seat would mean Democrats could spare a vote on key nominations and bills.

"We're focusing now on Georgia. We feel good about where we are," Biden told reporters. "Again, I'm not surprised by the turnout. I'm incredibly pleased. And I think it's a reflection of the quality of our candidates."

Control of the House of Representatives has still not been decided. Biden acknowledged such a victory would be "a stretch" for the Democrats, but Republicans have fallen well short of predictions they would sweep to power in Washington.

Biden had framed the midterm election as a test of US democracy at a time when hundreds of Republican candidates embraced former President Donald Trump's false claims that the 2020 presidential election was stolen.

Trump has repeatedly used his appeal among hard-right conservatives to influence candidates nominated by the Republican Party for congressional, gubernatorial and local races.

He has, however, been blamed for boosting candidates who were unable to appeal to a broad enough electorate, resulting in a lacklustre performance for the Republicans.

The results have also signalled exhaustion with the kind of chaos fomented by the Republican former president, raising questions about the viability of his possible 2024 White House run.

Laxalt, who lost in Nevada, was a former state attorney-general endorsed by Trump.

Biden told reporters the elections showed the Republican Party "is going to have to decide who they are".

Some Republicans expressed discontent as they faced at least another two years in the minority. "The old party is dead. Time to bury it. Build something new," Sen. Josh Hawley tweeted.