Biden declares emergency for California due to winter storms 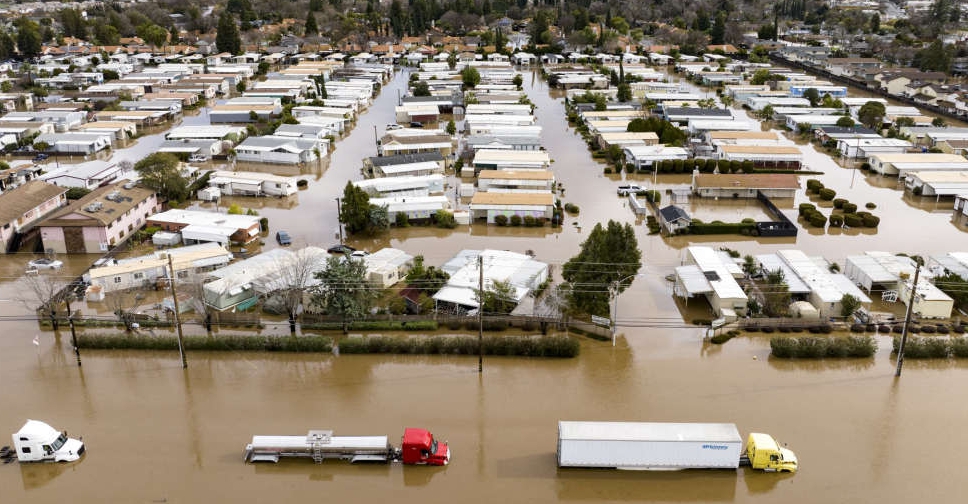 US President Joe Biden approved an emergency declaration for California on Saturday, as storms have pounded the Golden State since December 26, killing at least 19 people and bringing floods, power outages, mudslides, evacuations and road closures.

The announcements comes as a new weather system packing rain, snow and strong winds moved into California on Saturday.

While next week should bring some respite, the first of two systems expected to hit California over the US holiday weekend pushed onshore on Saturday, unleashing more heavy rain, the National Weather Service said.

More than 24,000 utility customers were without power as of Saturday afternoon, according to PowerOutage.us.

The storms have dropped half the average annual rainfall on the agricultural Central Valley and as much as 4.5 m of snow in the mountains.

Flood advisories were in effect across the state on Saturday, and thousands of residents were under evacuation orders and warnings.

A neighbourhood in the Santa Cruz County community of Felton in central California flooded for the second time in a week and the third time since the turn of the year.

Residents banded together, helping one another with shovels and squeegees to clean out garages and driveways.

Sacramento county issued an evacuation order for Wilton and other areas that had suffered severe flooding during a New Year's Eve storm.

A levee breach in the Bear Creek area of Merced in the San Joaquin Valley flooded homes and stranded animals, according to local media, as officials worked to prevent high waters from overflowing.

At least seven waterways were officially flooded, the California Department of Water Resources said on Friday.

"These weather events have taken more lives in the last two years than wildfires," Newsom said at a news conference on Saturday. "That's how deadly they are."

In the mountains of the Sierra Nevada, heavy snow and strong winds brought whiteout conditions in some areas that prompted road closures.

Snowfall in the Sierras had topped 21 inches as of Saturday morning, with about 10 feet already on the ground and a few more expected, according to the University of California Berkeley Central Sierra Snow Lab.

The California storms have mitigated but not solved the region's drought.

The US Drought Monitor revised on Thursday its assessment to lift virtually all of the state out of extreme drought or exceptional drought, the two worst categories, though much of it is still considered to be suffering moderate or severe drought.