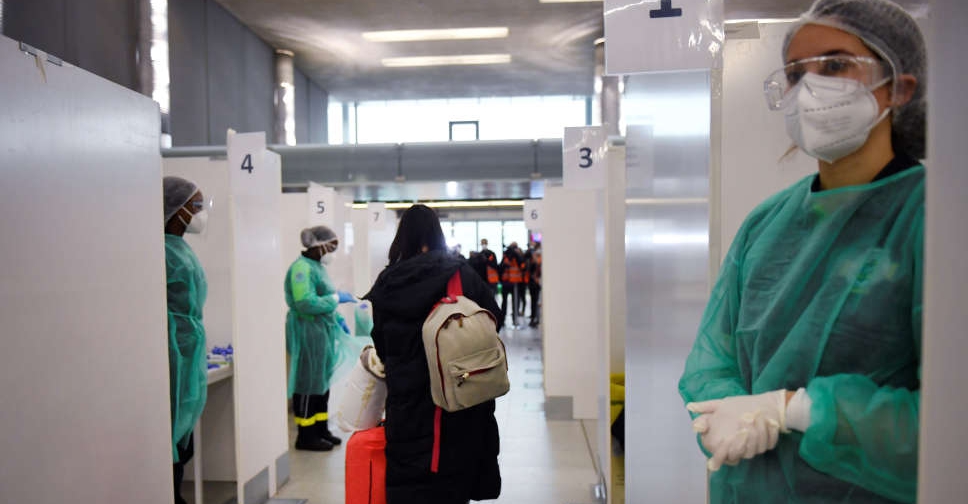 More countries around the world are demanding that visitors from China take COVID tests, days before it drops border controls and ushers in an eagerly awaited return to travel for a population that has been largely stuck at home for three years.

From Sunday, China will end the requirement for inbound travellers to quarantine, the latest dismantling of its "zero-COVID" regime that began last month following historic protests against a suffocating series of mass lockdowns.

But the abrupt changes have exposed many of China's 1.4 billion population to the virus for the first time, triggering an infection wave that is overwhelming some hospitals, emptying pharmacy shelves of medication and causing international alarm.

Greece, Germany and Sweden on Thursday joined more than a dozen countries to demand COVID tests from Chinese travellers, as the World Health Organisation said China's official virus data was under-reporting the true extent of its outbreak.

Chinese officials and state media have struck a defiant tone, defending the handling of the outbreak, playing down the severity of the surge and denouncing foreign travel requirements for its residents.

"No matter how China decides to deal with the COVID-19 epidemic, some Western media and some Western politicians will never be satisfied," the Global Times, published by the ruling Communist Party's official People's Daily, wrote in an editorial late on Thursday.

The global aviation industry, battered by years of pandemic curbs, has also been critical of the decisions to impose testing on travellers from China. China will still require pre-departure testing for inbound travellers after January 8.

Some Chinese citizens think that the reopening has been too hasty.

"They should have taken a series of actions before opening up ... and at the very least ensure that the pharmacies were well stocked," a 70-year-old man who gave his surname as Zhao told Reuters in Shanghai.

China reported five new COVID deaths in the mainland for Thursday, bringing its official virus death toll to 5,264, one of the lowest in the world.

But that is at odds with the reality on the ground where funeral parlours are overwhelmed and hospitals are packed with elderly patients on respirators. In Shanghai, more than 200 taxi drivers are driving ambulances to meet demand for emergency services, the Shanghai Morning Post reported.

International health experts believe Beijing's narrow definition of COVID deaths does not reflect a true toll that could rise to more than a million fatalities this year.

Investors are optimistic that China's reopening can eventually reinvigorate a $17 trillion economy suffering its lowest growth in nearly half a century.

Meanwhile, both China's blue-chip CSI300 Index .CSI300 and the Shanghai Composite Index .SSEC have gained more than 2% in the first trading week of the year.

"While the re-opening is likely to be a bumpy affair amid surging COVID-19 cases and increasingly stretched health systems, our economists expect growth momentum across Asia to gather steam, led by China," Herald van der Linde, HSBC's head of equity strategy, Asia Pacific, said in a note.

With the big Lunar New Year holidays late this month, the mainland is also set to open the border with its special administrative region of Hong Kong on Sunday, for the first time in three years.

Ferry services between the city and the gambling hub of Macau will resume on the same day.

Hong Kong's Cathay Pacific Airways said on Thursday it would more than double flights to mainland China. Flights to and from China remain at a tiny fraction of pre-COVID levels.

The WHO has warned that the holiday, which starts on January 21 and usually brings the biggest human migration on the planet as people head home from cities to visit families in small towns and villages, could spark another infection wave in the absence of higher vaccination rates and other precautions.

The transport ministry has urged people to be cautious to minimise the risk of infection for elderly relatives, pregnant women and infants.

One region poised to be a major beneficiary of China's opening is Southeast Asia, where countries have not demanded that Chinese visitors take COVID tests.

Except for airline wastewater testing by Malaysia and Thailand for the virus, the region's 11 nations will treat Chinese travellers like any others.

As many as 76 per cent of Chinese travel agencies ranked Southeast Asia as the top destination when outbound travel resumed, according to a recent survey by trade show ITB China.

Many people in China have taken to social media to announce their travel plans but some remain wary.

"You want to see the world, but the world might not want to see you," cautioned one WeChat user from Tianjin city.