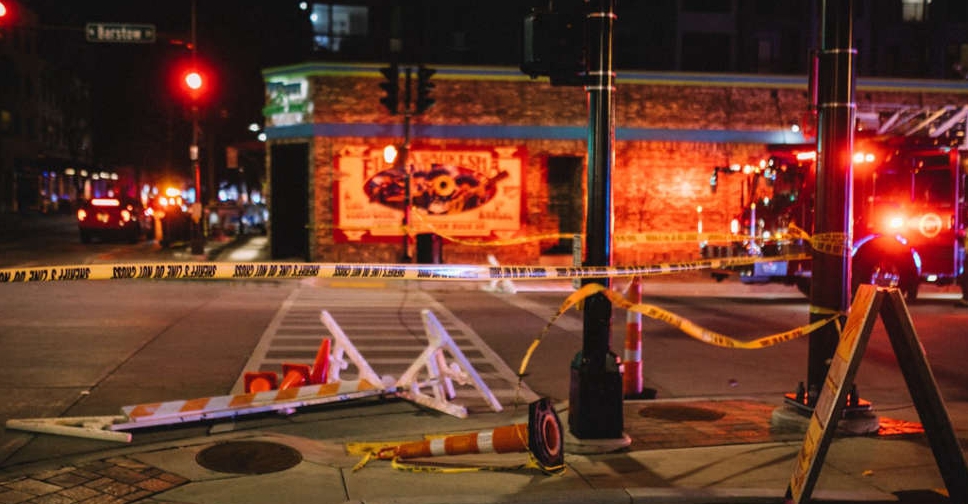 Five people were killed and more than 40 injured when an SUV sped through a Christmas parade in the small town of Waukesha, Wisconsin, ploughing into dozens of people including young children.

Waukesha Police Chief Dan Thompson told reporters that one person was in custody and a vehicle had been recovered after the incident in the town of around 72,000 people, 32 km west of Milwaukee.

Police said the number of dead and injured could change.

Thompson said it was not clear whether the incident was terrorist in nature, but that there was no further danger and police had lifted an order urging people to shelter.

A video posted online showed a red sport utility vehicle driving at speed alongside and into the parade, appearing to run over more than a dozen people before crowds ran from sidewalks to offer assistance.

Thompson said an officer fired shots at the vehicle in an attempt to stop the carnage. Another video on social media appeared to show police firing on the vehicle as it crashed through street barriers. Police did not believe shots had been fired from the vehicle, Thompson added, contrary to earlier reports.

White House spokeswoman Jen Psaki said President Joe Biden had been briefed on the "tragic situation" and federal officials were in contact with local authorities to offer assistance.

"Our hearts are with the families and the entire community," she said in a post on Twitter on Monday.

Photos and videos of Waukesha circulating on Twitter showed police cars and ambulances crowding a street decked out with Christmas lights in the aftermath of the incident, which occurred shortly after 4:30 pm (2230 GMT). People bundled up against the cold huddled on sidewalks as dusk fell.

The Children's Wisconsin hospital said it had received 15 patients as of 8:00 pm, with no reported fatalities at that time.

Schools will remain closed on Monday for grades 4K-12 and additional counselors will be available for students, the district superintendent of schools said.

In 2015, four people were killed and 46 injured in Stillwater, Oklahoma, when a woman drove into a crowd watching the homecoming parade for a football team.