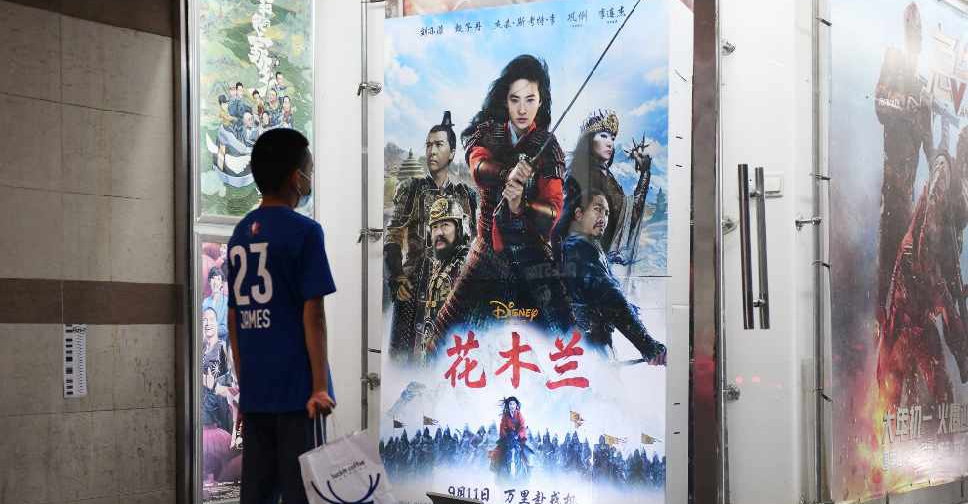 Walt Disney Co's live-action remake of 'Mulan' opened on Thursday to a lacklustre reception in Hong Kong, where pro-democracy activists have been leading calls to boycott the movie.

Based on a Chinese folk story, the film has provoked a backlash in the Chinese-ruled city and elsewhere over its star's comments of support for Hong Kong police during protests last year and for being partly filmed in the Xinjiang region.

Hong Kong activist Joshua Wong and internet users in Taiwan and Thailand have been among those promoting hashtags "#BoycottMulan" and "#BanMulan" on Twitter, following this month's launch of the film on Disney's streaming platform.

Most Hong Kong cinemas had their first showing of Mulan on Thursday morning.

At Mong Kok Broadway Theatre, in a popular protest area, Mulan sold one-third of the tickets at its debut according to frontdesk staff, around 20 per cent fewer than local movie I'm livin' it by Hing Fan Wong, which debuted at the same time.

Disney did not immediately respond to a request for comment.

Mulan also had a cold reception in mainland China, where Chinese authorities had told major media outlets not to cover the film's release in the wake of the uproar.