5,000 music fans have COVID tests before non-distanced concert in Barcelona 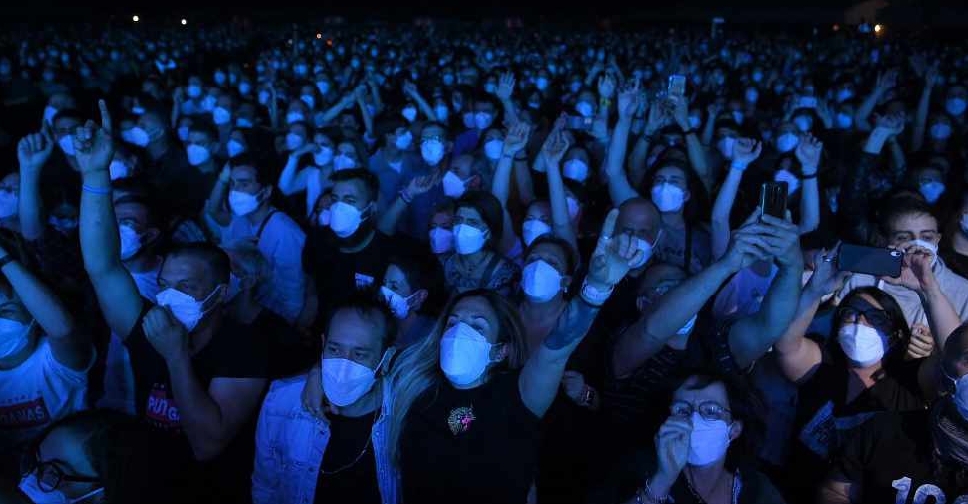 Music fans in Barcelona had rapid COVID-19 tests ahead of attending a rock concert in a trial that, if successful, could provide a route to recovery for the ravaged live music industry in Spain and beyond.

Some 5,000 people attended the sold-out concert for a Spanish indie band, and were not required to observe social distancing.

They wore face masks throughout the concert in the Palau Sant Jordi arena.

The pilot concert, which has been approved by health authorities, will serve as a test for whether similar events will be able to start up again.

Pre-concert testing was offered at three locations in Barcelona, and carried out by 80 nurses wearing full personal protective equipment.

By midday, of the 2,400 people already screened, three had tested positive and one had come into contact with a positive case, Dr Josep Maria Libre, one of the doctors overseeing the testing, told Reuters. They were not allowed to attend the concert and were given a refund.

Attendees received the results of their antigen tests in 10 to 15 minutes via an app on their phones. The test and a mask were included in the ticket price.

"It is a very responsible audience... We know everyone will be looking at this concert as a possible model for how to keep advancing in the fight against the pandemic, which has caused so much damage, both to our sector and many others."