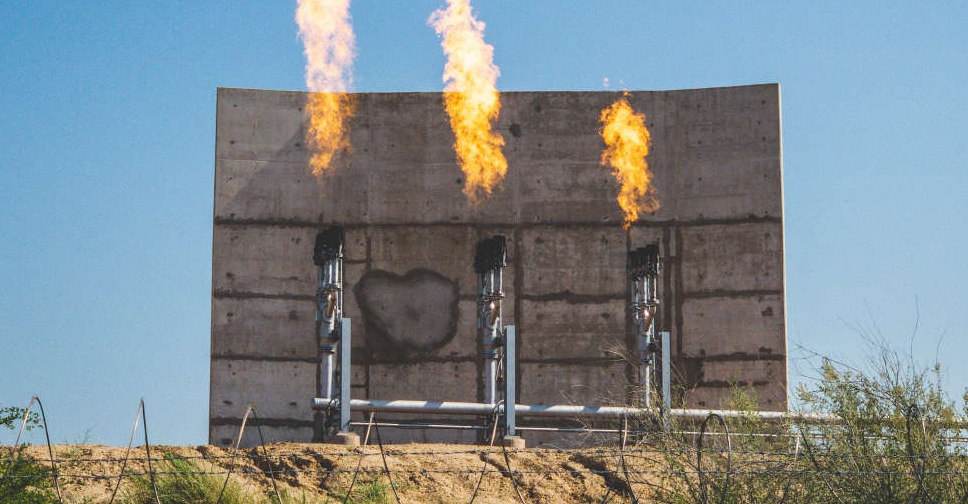 The U.S. government has held talks with several international energy companies on contingency plans for supplying natural gas to Europe if a conflict between Russia and Ukraine disrupts Russian supplies.

The United States is concerned Russia is preparing for the possibility of a new military assault on the country it invaded in 2014. Russia denies its plans to attack Ukraine.

The European Union depends on Russia for around a third of its gas supplies, and U.S. sanctions over any conflict could disrupt that supply.

Any interruptions to Russia's gas supply to Europe would exacerbate an energy crisis caused by a shortage of fuel. Record power prices have driven up consumer energy bills as well as business costs and sparked protests in some countries.

State Department officials approached the companies to ask where additional supplies might come from if they were needed, two industry sources familiar with the discussions told Reuters, speaking on condition of anonymity due to the sensitivity of the matter.

The companies told the U.S. government officials that global gas supplies are tight and that there is little gas available to substitute large volumes from Russia, the industry sources said.

"We've discussed a range of contingencies and we've talked about all that we're doing with our nation-state partners and allies," the source said.

"We've done this with the European Commission, but we've also done it with energy companies. It's accurate to say that we've spoken to them about our concerns and spoken to them about a range of contingencies, but there wasn't any sort of ask when it comes to production."

As well as asking companies what capacity they had to raise supplies, U.S. officials also asked whether companies had the capacity to increase exports and postpone field maintenance if necessary, the sources said.

It was unclear which companies U.S. officials contacted. Royal Dutch Shell, ConocoPhillips and Exxon declined to comment when asked if they had been contacted. Chevron Corp, Total, Equinor and Qatar Energy did not immediately respond to a request for comment.

A second industry source said his company was asked whether it had the ability to postpone maintenance at gas fields if necessary.

A spokesperson for the U.S. National Security Council would not comment on U.S. discussions with energy companies, but confirmed contingency planning was underway.

"Assessing potential spillovers and exploring ways to reduce those spillovers is good governance and standard practice," the spokesperson said.

"Any details in this regard that make their way to the public only demonstrate the extensive detail and seriousness with which we are discussing and are prepared to impose significant measures with our allies and partners."

Moscow has alarmed the West by massing troops near Ukraine in the past two months, following its seizure of Ukraine's Crimea peninsula in 2014 and its backing of separatists fighting Kyiv troops in eastern Ukraine.

Biden has previously told Russian President Vladimir Putin that a new Russian move on Ukraine would draw sanctions and an increased U.S. presence in Europe.

Russia denies planning to attack Ukraine and says it has the right to move its troops on its own soil as it likes.

"The United States promised to have Europe's back if there is an energy shortage due to conflict or sanctions," the second industry source said.

"Amos is going to big LNG producing companies and countries like Qatar to see if they can help the United States," he added, referring to Hochstein.

If pipeline supplies from Russia to Europe are reduced, European buyers would need to seek cargoes of superchilled gas to compensate.

U.S. exports of liquefied natural gas (LNG) are set to soar this year to make it the world's top LNG supplier. Europe competes for LNG supplies from suppliers such as the United States and Qatar with top consumers China and Japan, which also face an energy crunch.