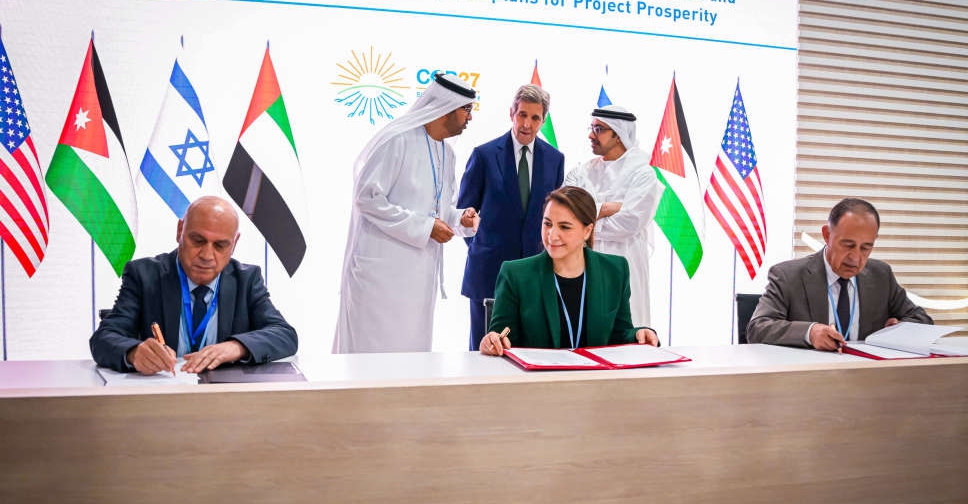 The governments of the UAE, Jordan and Israel have signed a MoU to advance the clean energy and sustainable water desalination projects announced last year.

The agreement was inked on the sidelines of the United Nations Climate Change Conference (COP27) in Egypt by Mariam bint Mohammed Almheiri, UAE Minister of Climate Change and the Environment; Mohammad Al Najjar, Jordan’s Minister of Water and Irrigation, and Esawi Frej, Israel’s Minister of Regional Cooperation.

The MoU relates to Project Prosperity, which has two components: Prosperity Green and Prosperity Blue.

Prosperity Green includes a 600-megawatt (MW) solar photovoltaic plant, complemented with electric storage, which will be built in Jordan and produce clean energy for export to Israel.

Prosperity Blue is a sustainable water desalination programme, located in Israel, to export to Jordan 200 million cubic metres of potable water per annum.

The three countries signed an initial Declaration of Intent to explore the feasibility of both projects at Expo 2020 Dubai in November 2021.

As per the MoU, feasibility studies for each of the projects have been ongoing and the parties affirm that both Prosperity Green and Prosperity Blue have positive potential prospects.

The UAE, Jordan, and Israel will continue engaging to develop the necessary implementation plans in time for COP28, which is to be held in the UAE next November.

Project Prosperity was proposed to help address some of the challenges posed by climate change on water and energy security in the Middle East, and to promote renewable energy, sustainable water supply, and stability in the region.