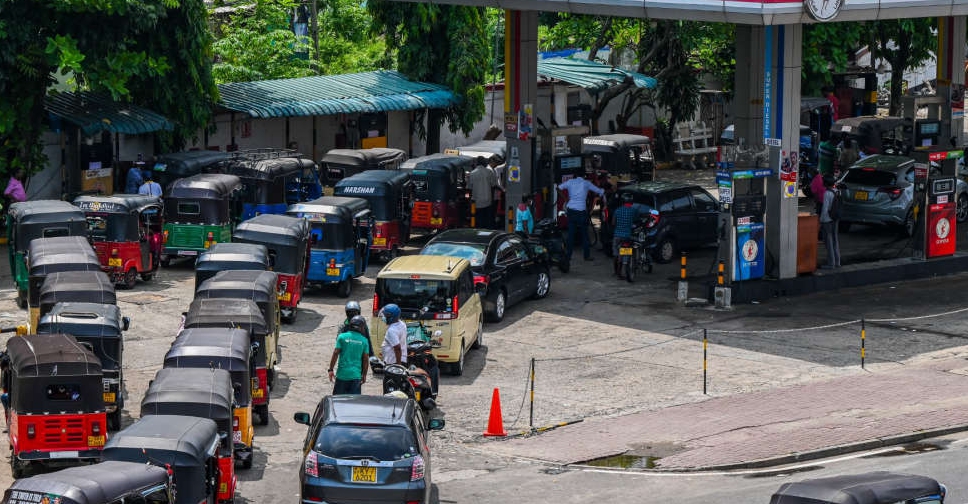 Sri Lanka's new prime minister will address the crisis-hit nation later on Monday, as the country's power minister told citizens not to join the lengthy fuel queues that have galvanized weeks of anti-government protests.

Ranil Wickremesinghe, appointed prime minister on Thursday, said he would give a "full explanation" of the financial crisis that has devastated the strategic Indian Ocean island nation, where China and India are battling for influence.

"There is a lot to be done and undone. We are prioritising matters, rest assured they shall be addressed as early as possible," he said in a series of tweets on Sunday.

The crisis led to widespread protests against President Gotabaya Rajapaksa and his family, culminating with the resignation of his elder brother Mahinda as prime minister last week after fighting between government supporters and protesters killed 9 people and wounded 300.

The president then replaced him with Wickremesinghe, an opposition parliamentarian who has held the post five times previously, in a desperate bid to placate protesters.

But the protesters have said they will keep up their campaign as long as Gotabaya Rajapaksa remains president. They have also labelled Wickremesinghe a stooge and criticised his appointment of four cabinet minister, all members of the political party run by the Rajapaksa brothers.

Hit hard by the pandemic, rising oil prices and populist tax cuts by the Rajapaksas, Sri Lanka is in the midst of a crisis unparalleled since its independence in 1948.

A chronic foreign exchange shortage has led to rampant inflation and shortages of fuel and other essentials, bringing thousands out on the streets in protest.

A diesel shipment using an Indian credit line arrived in the country on Sunday, but is yet to be distributed across the island, leading to lengthy queues in several places.

"Request the public not to queue up or top up in the next three days until the 1,190 fuel station deliveries have been completed," Power Minister Kanchana Wijesekera said on Monday.

Wickremesinghe is yet to find a nominee for the crucial post of finance minister, who will negotiate with the International Monetary Fund for badly needed financial help for the country.

Former Finance Minister Ali Sabry had held preliminary talks with the multilateral lender, but he quit along with Mahinda Rajapaksa last week.