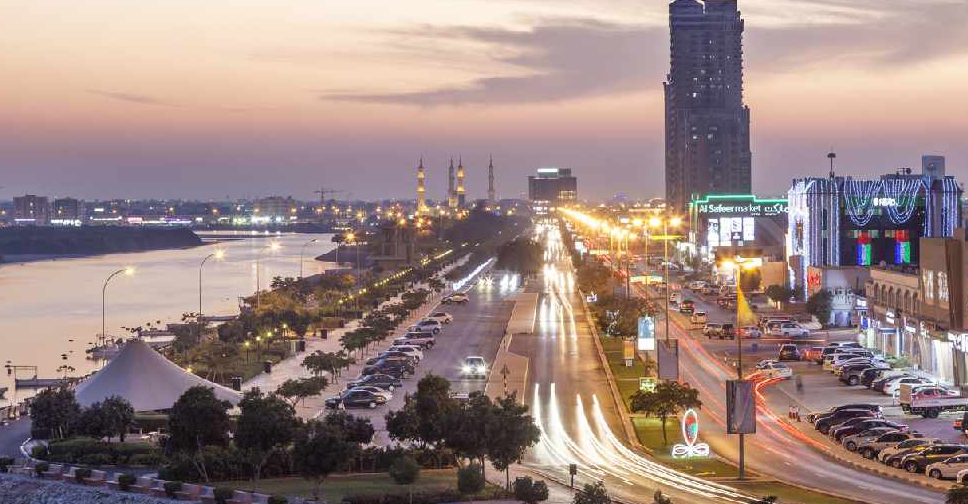 Ras Al Khaimah welcomed over 1.13 million visitors in 2022, the highest-ever number of annual arrivals in its history.

Over the next few years, hotel inventory is expected to almost double, with global hotel brands offering experiences like overwater villas in the Emirate.

In an interview with Dubai Eye's 103.8's 'Business Breakfast' show, Raki Phillips, CEO of the Ras Al Khaimah tourism board, explains the numbers.

Experiences like the world's longest zipline and new hotel offerings have also contributed to the boom in tourism.

Phillips explains the importance of attractions.

A new set of guidelines were issued recently for the tourism industry, including government departments, hospitality, hotel development and real estate sectors.

"As government and tourism stakeholders collectively pledge to work together in order to establish Ras Al Khaimah as a regional leader in sustainable tourism by 2025, we are also signalling that environmental considerations are necessary for long-term investment and hospitality development in a destination," adds Phillips.

One of the initiatives is the green hotel rating that aims to achieve 100 per cent integrated sustainability in all hotels in the Emirate.

The impressive full-year figures follow a strong December performance in which the Emirate welcomed its highest ever footfall in one month, with over 128,000 visitor arrivals, representing a 23% increase vs. December 2021. This was bolstered by the Emirate’s record-breaking New Year’s Eve fireworks and drones display, which saw Ras Al Khaimah set two GUINNESS WORLD RECORDS™ titles for of the ‘largest number of operated multi-rotors/drones with a simultaneous fireworks display’ and the ‘largest aerial sentence formed by multirotors/drones. The festivities drew over 30,000 visitors with public events and hotels across the Emirate fully booked, making it the most visited show to date.

Sustainable agenda for 2023 and beyond

Under its bold new approach to sustainability – Balanced Tourism, the Emirate will become the regional leader in sustainable tourism by 2025, placing all aspects of sustainability at the centre of its investment, from environment and culture to conservation and liveability.

As part of this, the tourism authority aims to award more than 20 businesses with tourism certifications in the first year with the ultimate goal of obtaining the internationally recognised “Sustainable Tourism Destination” certificate for Ras Al Khaimah in 2023.

Promoting employee well-being, the tourism authority was named one of the Top 10 Great Places to Work in the Middle East 2022 – the highest placed government entity – as well as one of the Best Workplaces for Women and a Great Place to Work in 2021, the first and only organization in Ras Al Khaimah to be awarded this certification. The Authority has also introduced RAKFAM, a series of initiatives aimed at enriching connectivity, community life and facilities for tourism sector employees in the Emirate.

The year 2022 also saw a 40% increase in international visitors, with key source markets including Kazakhstan, Russia, the United Kingdom, Germany and Czech Republic. This was driven by a series of partnerships with airlines and leading tour operators to target emerging and growing source markets, supported by 90+ events and roadshows in 24 markets worldwide. In a further boost for the Emirate’s accessibility, Ras Al Khaimah also received three luxury cruises in 2022, welcoming over 2,500 passengers and crew. With a focus on developing its burgeoning cruise sector, the Emirate aims to attract 50 cruise ship calls each season, and over 10,000 passengers within the next few years.

Boosting the tourism and hospitality offering

New hotels and resorts opened in 2022, increasing the Emirate’s inventory by 17% to reach over 8,000 keys. The Intercontinental Hotels Group (IHG), Mövenpick and Radisson brands entered the destination for the first time with the opening of the InterContinental Mina Al Arab, Mövenpick Resort Al Marjan Island and the Radisson Resort Ras Al Khaimah Marjan Island.

With 19 upcoming properties, including global brands like Marriott, Millennium, Anantara and Sofitel, and 5,867 keys in the pipeline over the next few years, a 70% increase versus current inventory and one of the highest development rates in the UAE, Ras Al Khaimah’s tourism vision continues to gain momentum.  A major addition will be the multibillion-dollar integrated resort development with Wynn Resorts in 2026, announced early last year. The multipurpose integrated resort marks the largest-of-its-kind foreign direct investment in Ras Al Khaimah and will include 1,000+ rooms, shopping, meeting and convention facilities, spa, more than 10 restaurants and lounges, extensive entertainment choices, and gaming area.

Another key feat for last year was Ras Al Khaimah’s inclusion in Time magazine's World's Greatest Places of 2022 – a highly coveted list of 50 must-visit global destinations – in recognition of its adventure offerings and stunning, unique topography and geodiversity. To further bolster the Emirate’s nature positioning and attract both international and domestic visitors, the Ras Al Khaimah Tourism Development Authority also announced the opening of key new sustainable attractions, including the Jais Sledder, the region’s longest toboggan ride, which has welcomed over 100,000 visitors since opening in February.

Additionally, the Emirate hosted numerous events and conferences, including the Arab Aviation Summit for the second consecutive year and the first Pacific Asia Travel Association Annual Summit in the Middle East. It also secured a three-year partnership with the Global Citizen Forum to host its prestigious annual summit.