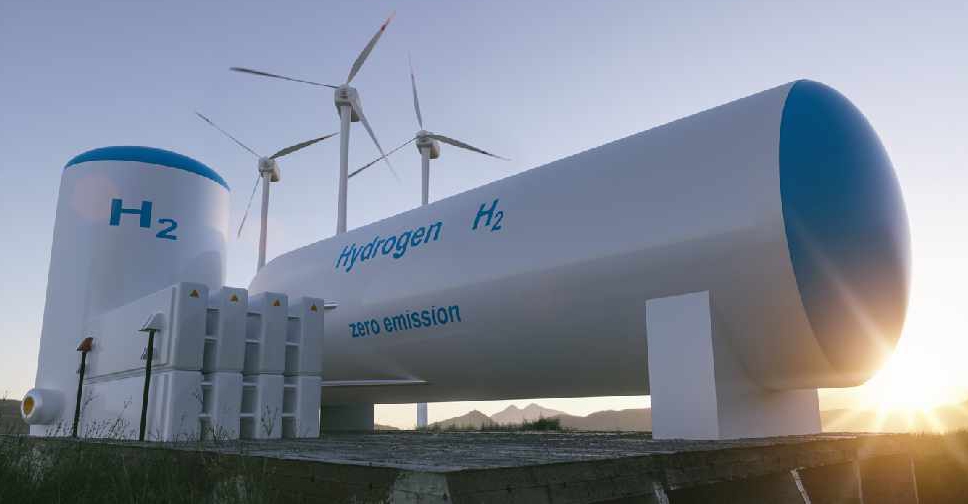 The Japanese State Minister for Foreign Affairs, Eiichiro Washio, says cooperation with the UAE in the production of hydrogen and ammonia can lead to the establishment of international supply chains.

In an interview with national news agency WAM, Washio said, "the UAE is endowed with not only oil and gas, but also bright sunshine, so the country has a great potential for supplying hydrogen in the future."

Experts have dubbed hydrogen as "the oil of the future" that can heavily help reduce carbon emissions. The minister was referring to the UAE’s efforts to enhance production of clean hydrogen.

"Blue hydrogen" is a cleaner version, whereby the carbon emissions are captured and stored, or reused. The cleanest version is "green" hydrogen, which is generated by renewable energy sources such as solar and wind, without producing carbon emissions in the first place.

"On the other hand, Japan has been exploring technologies to supply hydrogen and ammonia. For example, to supply hydrogen, the world’s largest electrolyser with 10 megawatt (MW) capacity, powered by solar photovoltaic generation with 20 MW capacity, started its operation in Fukushima Prefecture last year," Washio said.

An agreement on Fuel Ammonia and Carbon Recycling was also signed between the Ministry of Economy, Trade and Industry of Japan (METI) and Abu Dhabi National Oil Company (ADNOC) in January.

"As such, I think there is a foundation for cooperation between the UAE and Japan," the minister stressed.

He pointed out that "the so-called green recovery" is gaining momentum in the world as a part of the economic recovery plan after the COVID-19 pandemic.

"In this regard, there is a potential for cooperation between Japan and the UAE in the fields of hydrogen and ammonia, including efforts toward the establishment of their international supply chains," Washio said.

His comments are relevant in the wake of the latest developments related to the hydrogen production in the UAE.

Dr Sultan bin Ahmed Al Jaber, Minister of Industry and Advanced Technology and Group CEO of the Abu Dhabi National Oil Company (ADNOC), said last month that the UAE is exploring the potential of new fuels such as hydrogen, which could be "a game-changer in the energy transition".

ADNOC already produces about 300,000 tonnes of hydrogen a year as part of its current industrial processes, and the "company is exploring the viability of markets in Asia, and Europe and will build the business case as those markets develop, to position the UAE as a major supplier of Blue Hydrogen," Al Jaber explained.

On January 17, Mubadala Investment Company (Mubadala), The Abu Dhabi National Oil Company (ADNOC) and ADQ, launched the Abu Dhabi Hydrogen Alliance to establish Abu Dhabi as a trusted leader of low-carbon green and blue hydrogen in emerging international markets. They will also work together to build a substantial green hydrogen economy in the UAE.

The Japanese minister went on to say that his country is now working to develop concrete plans for the realistic and steady introduction of renewable energy at the maximum.

"Japan has declared its intention to achieve carbon neutrality by 2050, showing its commitment to energy transitions centreing on the maximum introduction of renewable energy," he said.

He was talking about his participation in the International Renewable Energy Agency’s (IRENA) Eleventh Assembly that was held virtually in Abu Dhabi in January, as part of Abu Dhabi Sustainability Week (ADSW), an annual global event for accelerating the world’s sustainable development, hosted by Masdar.

Japan is addressing important issues related to power generation such as ensuring flexibility, assessing the total cost of the entire power system, securing mineral resources used for storage batteries and motors, and dealing with the mass disposal of solar panels, which is expected to become an issue in the 2030s, the minister explained.

"Japan will lead the effort for decarbonisation in the world by solving these challenges through technology and innovation," he emphasised.

Even under the severe circumstances due to COVID-19, Japan and the UAE have held telephone talks and online consultations at various levels, including between the leaders and ministers, and through such consultations, have been enhancing cooperation based on the Comprehensive Strategic Partnership Initiative (CSPI) in various fields, Washio pointed out.

He cited the UAE’s Mars mission (Hope Probe) that was launched from Japan's Tanegashima Space Centre in July 2020 and the bilateral Agreement for the Promotion and Protection of Investment that came into force in August 2020, as examples.

"Looking ahead to the 50th anniversary since the establishment of diplomatic relations between our two countries next year, we are committed to further deepening our bilateral relations in various fields of mutual interest," the minister said.