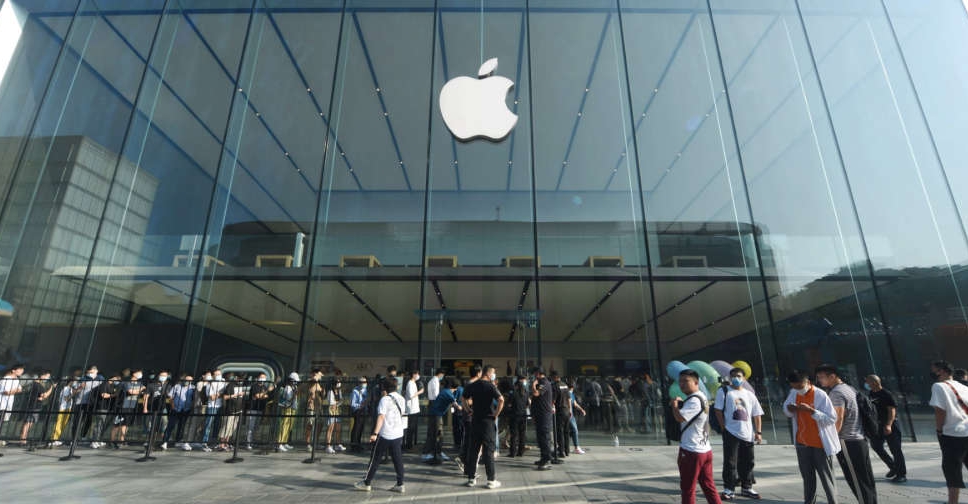 Solid demand for the new iPhones has helped Apple remain a rare bright spot in the global tech sector that has been battered by spending cutbacks due to surging inflation and interest rates.

But the Cupertino, California-based company has now fallen victim to China's rigorous zero-COVID-19 policy, which has already prompted many global firms including Estee Lauder Companies Inc and Canada Goose Holdings Inc to shut their stores in China and cut full-year forecasts.

"The facility is currently operating at significantly reduced capacity," Apple said in a statement on Sunday without elaborating how much production has been impacted.

Reuters last month reported that production of Apple's iPhones could slump by as much as 30% at one of the world's biggest factories in November due to tightening COVID-19 curbs in China.

Its main Zhengzhou plant in central China, which employs about 200,000 people, has been rocked by discontent over stringent measures to curb the spread of COVID-19, with many workers fleeing the site.

Market research firm TrendForce said last week it has cut its iPhone shipments forecast for the December quarter by 2-3 million units, from 80 million previously, due to the troubles at the Zhengzhou plant, adding that its investigation of the situation found that the factory's capacity utilisation rates were now around 70 per cent.

Apple, which launched sales of the new iPhones in September, said customers will experience longer wait times to receive their new products.

The world's most valuable company with a market capitalisation of $2.2 trillion forecast in October its revenue growth would fall below 8 per cent in the December quarter.

"But this is part of a much deeper story - the uncertainty surrounding the future of the Chinese economy... These headlines are part of the ongoing saga as to whether there is any truth to the consistent rumours that authorities are discussing whether some of the measures will be lifted in the first quarter."

China on Sunday reported its highest number of new COVID-19 infections in six months, a day after health officials said they were sticking with strict coronavirus curbs, likely disappointing recent investor hopes for an easing.

Taiwan's Foxconn, the operator of the Zhengzhou factory, said on Monday it was working to resume full production at the plant as soon as possible, and revised down its fourth quarter outlook.

It said it would implement new measures at the plant to curb the spread of COVID-19, including a system that would restrict working employees' travel to between their dormitory and factory area.

The plant also kicked off a recruitment drive on Monday, offering workers who had left the plant between October 10 and November 5 a one-off bonus of 500 yuan ($69) should they choose to return. It also advertised salaries of 30 yuan an hour, higher than the 17-23 yuan a hour base salaries that some workers told Reuters they received.

Shares in Foxconn fell 0.5 per cent in early trade on Monday, lagging a 1.2 per cent rise in the broader index.

The Zhengzhou Airport Economy Zone which houses the iPhone factory entered a seven-day lockdown on Wednesday whose measures included barring all residents from going out and only allowing approved vehicles on roads within that area.

Foxconn, the world's largest contract electronics maker, said in a statement that the provincial government in Henan, where Zhengzhou is located, "has made it clear that it will, as always, fully support Foxconn in Henan".

"Foxconn is now working with the government in concerted effort to stamp out the pandemic and resume production to its full capacity as quickly as possible."

Having previously guided for "cautious optimism" in the fourth quarter, Foxconn said it will "revise down" its outlook given events in Zhengzhou.

The fourth quarter is traditionally the hot season for Taiwan's tech companies as they race to supply cellphones, tablets and other electronics for the year-end holiday period in Western markets.

Foxconn releases third-quarter earnings on November 10. It declined to provide further comment on how the latest curbs in its factory would be implemented.