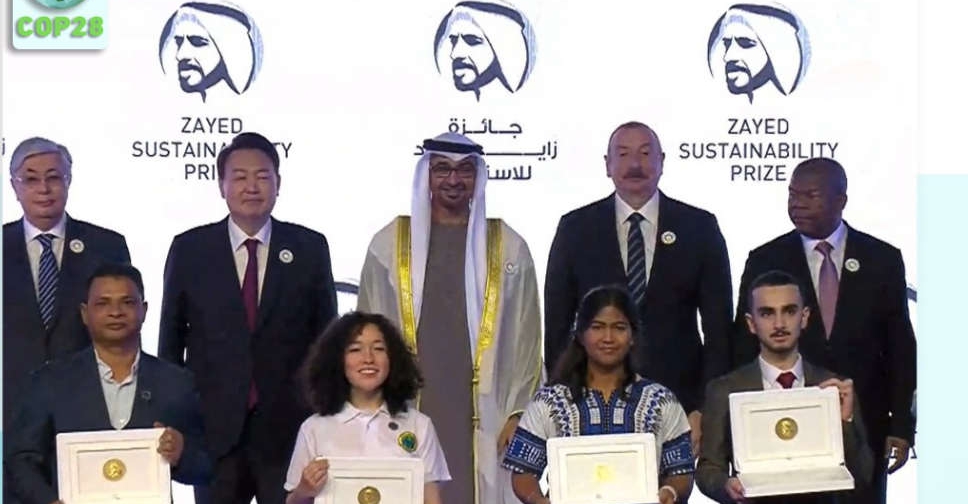 The UAE’s pioneering global award rewards small and medium-sized enterprises, nonprofit organisations and high schools around the world that are delivering impactful, innovative and inspiring solutions in health, food, energy and water.

Congratulating the winners, Sheikh Mohamed said the $3 million prize "creates a pathway for delivering life-changing humanitarian aid and solutions to communities around the world".

Since its launch in 2008, the 96 winners have been recognised with the prize transforming the lives of more than 378 million people around the world.

"Over the last 15 years, the Zayed Sustainability Prize has successfully built upon the legacy of the UAE’s Founding Father, Sheikh Zayed, and carried forward his bold humanitarian vision, ensuring that the resources of our great nation are fully used to the benefit of all people," highlighted Sheikh Mohamed.

Here are the winners:

“Our 106 winners are driving action to solve the world’s most pressing challenges. Through their commitment to championing positive action, millions of people who were living without access to energy, water, healthcare, or food in the developing world, now have sustainable economic and social development opportunities, including access to quality education, decent work, economic growth and improved livelihoods," said Dr. Sultan Ahmed Al Jaber, UAE Minister of Industry and Advanced Technology and Director General of the Zayed Sustainability Prize.