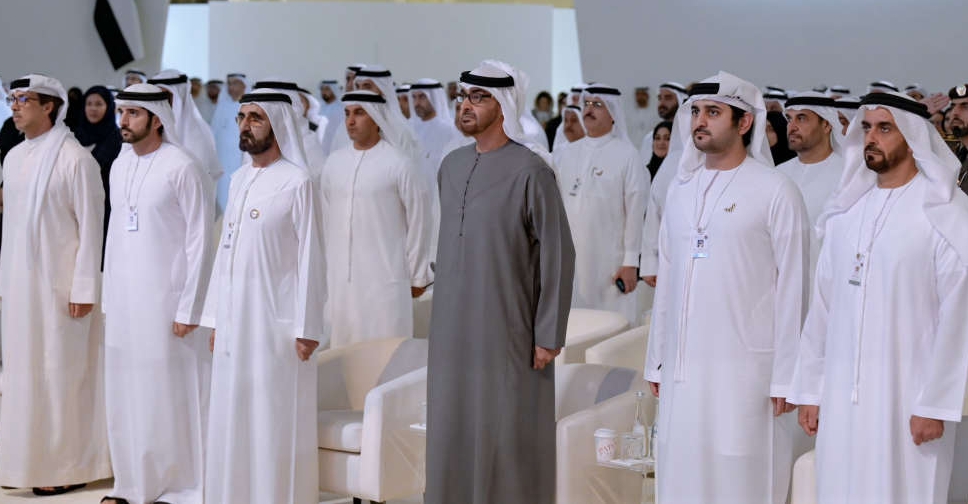 The sessions, which were held from November 22-23, saw Ministries, Executive Councils, and various federal and local entities gathering to discuss current challenges and develop a vision for the future of the UAE.

On the second day, the meetings focused on education, Emiratisation, national economy, digital technology and cybersecurity, among other issues that have a direct impact on the country's development, and in promoting wellbeing, enhancing the UAE’s competitiveness, and raising its readiness for the future.

The participants discussed key future directions for the education sector and the potential challenges it faces.

Abdullah bin Touq Al Marri, Minister of Economy, and Dr. Thani bin Ahmed Al Zeyoudi, Minister of State for Foreign Trade, discussed the importance of the UAE’s comprehensive economic partnerships, and their pivotal role in enhancing the efficiency, agility and strength of the national economy.

They also addressed the key pillars of the state’s future directions and economic plans over the next stage, the main objectives of economic and trade agreements with several countries worldwide, and their impact on the UAE’s comprehensive development march.

They highlighted national goals that were achieved, and emphasised the importance of this vital area that is given high priority by the leadership and is fundamental to the UAE’s development march.

Omar bin Sultan Al Olama, Minister of State for Artificial Intelligence, Digital Economy and Remote Work Applications, highlighted the efforts of the UAE and its vision in building a pioneering digital economy that combines exceptional skills with the latest advanced technologies.

The session addressed the importance of the country’s vision in enhancing economic diversification and consolidating a prosperous economy based on future technologies.

Accelerating the employment of university graduates

Five different sessions were held during the UAE Government Annual Meetings, one of which discussed supporting mechanisms to ensure the accelerated integration of university and college graduates into the UAE labour market.

He said that national companies are a major driver of economic growth based on a flexible and diversified approach, which motivates Emiratis and the youth to raise their participation in the development of new projects.

Job opportunities for Emiratis in the legal sector and national consultancy

The session discussed mechanisms to support career opportunities for Emiratis in the legal sector and national consultancy, in accordance with the objectives of the Federal Law on the Regulation of the Legal Profession.

Meeting the requirements of Emiratisation

The UAE Government Annual Meetings featured a session devoted to discussing the priority given in government contracts to private companies that meet Emiratisation requirements.

The session discussed best practices for ensuring that government contracts are given to companies that meet Emiratisation requirements.