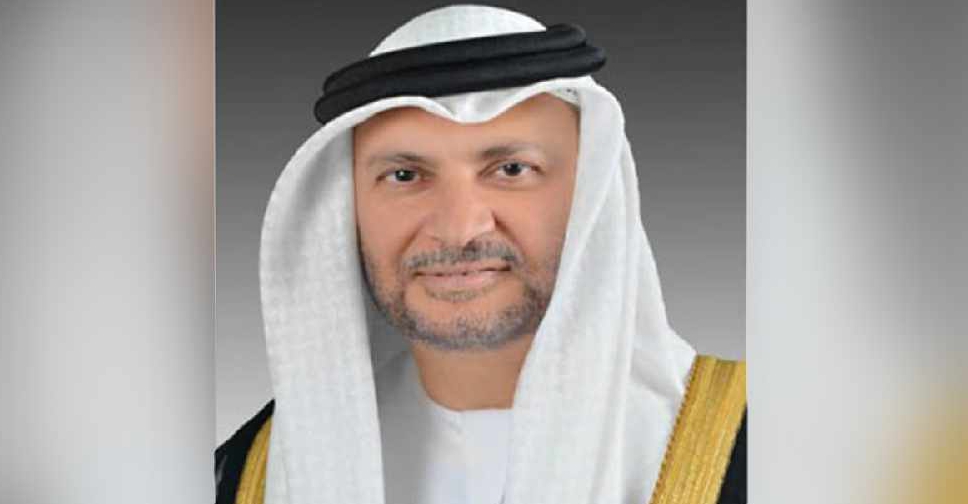 The UAE’s leadership has taken timely and appropriate steps to deal with the COVID-19 pandemic to help protect public health and limit the economic impact.

He pointed out that the UAE has provided medical supplies to a total of 118 countries, benefitting more than 1.5 million health workers around the world.

Dr. Gargash added that wider political considerations should not be taken into account when providing humanitarian assistance, and that is why the UAE did not hesitate to provide aid to Iran when it needed it.

As the UAE nears its 50th anniversary, Dr. Gargash said the country continues to do what it has always done - to innovate, break new ground and prepare for the future.

He explained how this year’s most important technological and political developments in the Arab world, all occurred in the UAE, starting from the launch of the Emirates Hope Probe on its journey to Mars; to becoming the first Arab nation to start operating a peaceful nuclear power plant; and ending with the signing of the Abraham Accords with Israel.

As far as international affairs are concerned, Gargash reiterated that the UAE will be guided by its long-standing commitment to multilateralism, anti-extremism, respect for national sovereignty, peaceful resolution of conflict, good governance and sustainable development.

He added that as a candidate for a non-permanent UN Security Council seat in 2022-23, the UAE plans to use the opportunity to contribute to reinforcing confidence in the multilateral system, exercising a principled approach rooted in the UN Charter.

Gargash reiterated that the UAE remains committed to working towards political solutions to conflicts, adding that in Yemen, the UAE will maintain its support for the Arab Coalition in seeking a comprehensive ceasefire that paves the way towards a lasting political solution.

He affirmed that the UAE also strongly supports UN-led efforts in Libya and welcomes the recent agreement on a permanent ceasefire, as well as the launch of the Libyan Political Dialogue Forum, adding that the UAE consistently supported the UN-led process for achieving a solution to the Libya conflict through peaceful dialogue.

Dr. Gargash said the UAE views with profound concern the recent atrocious violent acts in European cities, reiterating that these extremist, transnational ideological movements do not represent Islam in any way. He called for distinguishing between the utilisation of Islam as a political tool and Islam as a universal religion.

As far as the Emirati-Israeli peace treaty is concerned, Dr. Gargash said it was a sovereign national decision and was not targeted at any other country, adding, "Instead, it was a decision born out of tolerance and openness, and a desire to reduce polarisation in the region. It was a decision born out of a desire for a much-needed strategic shift and a new pragmatic vision. And it was a decision that required real courage from our leadership: maintaining the status quo was clearly the easier option, but it would not have offered better prospects for anyone.

"The UAE-Israel peace accord does not diminish in any way our concern about the plight of the Palestinian people. The UAE continues to see it as imperative that a just and comprehensive peace is reached. But ultimately the Palestinians and Israelis are the ones who will need to decide on the shape of that peace. The UAE stands ready to support that in any way it can," the Minister added.

He added that the UAE looks forward to working with the new administration to deepen the UAE-US relationships as these ties are built on common interests, shared values and close partnership and they cross parties and span administrations.