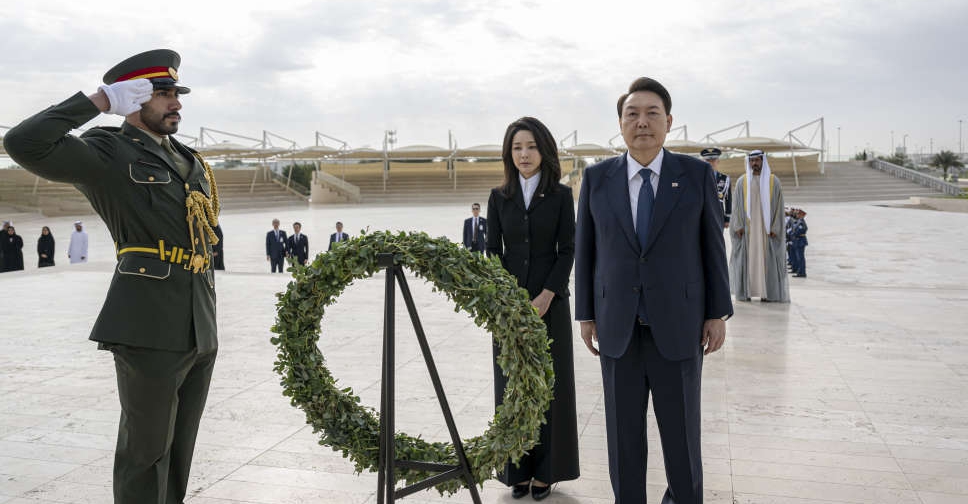 Yeol, accompanied by First Lady Kim Keon Hee and a high-level delegation, began their tour with a visit to the final resting place of the late Sheikh Zayed bin Sultan Al Nahyan.

They were then presented with two of the Centre’s distinctive publications.

The first titled Spaces of Light, showcasing the winning photographs in the photography award, and a copy of a book titled Houses of God about places of worship in the Islamic history.

During the tour of Wahat Al Karama, Sheikh Khalifa bin Tahnoun Al Nahyan, Executive Director of the Martyrs' Families' Affairs Office, gave a detailed overview of the different sections that embodies the bravery and heroism of UAE martyrs, as well as the nation’s noble values.

Yeol attended the Guard of Honour ceremony, and then laid a wreath at the Martyrs' Monument, which is made up of 31 panels leaning on one another, signifying the unity, solidarity and mutual support that bind together the leadership, the citizens and the servicemen.

The tour ended with a word written by Yeol, expressing his utmost respect for the brave martyrs.