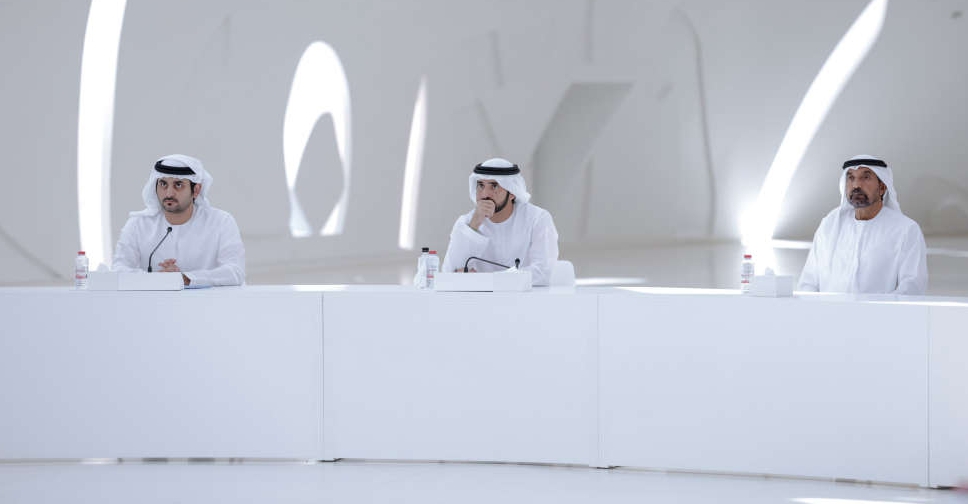 The meeting, held at the Museum of the Future, was also attended by His Highness Sheikh Maktoum bin Mohammed bin Rashid Al Maktoum, Deputy Ruler of Dubai, Deputy Prime Minister and Minister of Finance.

Launched by His Highness Sheikh Mohammed bin Rashid Al Maktoum, Vice President and Prime Minister of the UAE and Ruler of Dubai, 'D33' aims to double the size of Dubai’s economy during the next decade, and consolidate its position among the top three global cities.

In a tweet, Sheikh Hamdan wrote: “We are ready to realise Sheikh Mohammed’s vision to establish the world’s most successful economic model.

"Our goal is to create a global model for a city that can achieve people's aspirations and dreams, and provide them with the best standard of living in the world," he added.

D33 includes 100 transformative projects, with targets of AED 32 trillion over the next 10 years.

Today, I chaired a meeting of senior Dubai Government officials to review the roadmap for implementing the Dubai Economic Agenda ‘D33’ and its first 10 transformational projects. We are ready to realise @HHShkMohd’s vision to establish the world’s most successful economic model. pic.twitter.com/nqXLMGwRrM

"All logistical, digital, legal, financial and infrastructure sectors need to think differently over the next ten years, because the ceiling of ambitions today is much higher than before," he added.