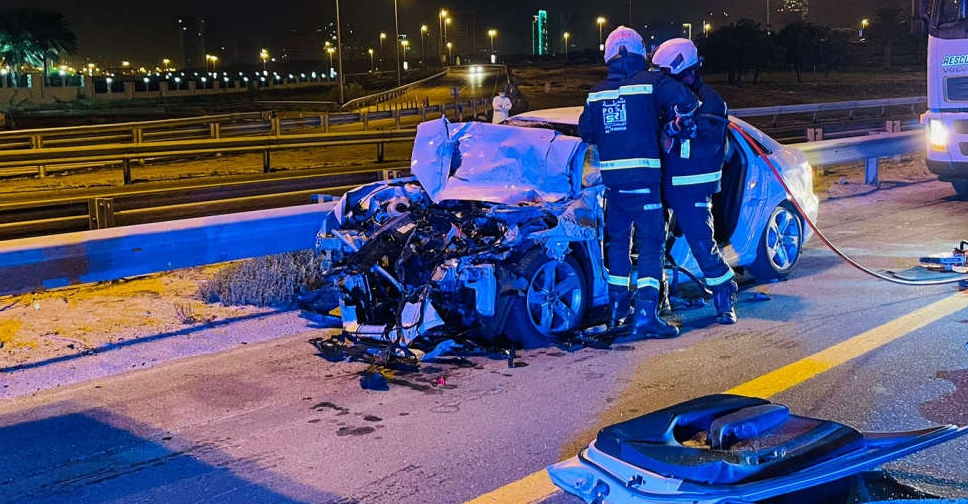 Seven people were injured in seven different accidents on Dubai's roads over the weekend.

Dubai Police said distracted driving and failure to maintain a safe distance were the main causes.

A motorist ran over a pedestrian in one of the incidents, while three motorcyclists were injured in three other accidents.

#News | Seven injured in Several Accidents Over the Weekend

"The first accident occurred on Thursday on Dubai-Al Ain Road, in front of Dubai Outlet Mall, when a light vehicle crashed into a truck after failing to keep a safe distance," said Colonel Jumaa Salem bin Suwaidan, Acting Director of the General Department of Traffic at Dubai Police.

He added that the car's driver was rushed to the hospital with serious injuries.

Col. Bin Suwaidan explained that the second accident happened in the evening of the same day on Hessa Street at Motor City crossroad when a motorcyclist crashed into a truck which had stopped at a red light.

The bike rider was taken to the hospital with severe injuries.

He also stated that the fourth accident occurred on Friday morning on Awir Road in front of Dragon Mart when the driver veered off the road and hit a barrier, while the fifth accident involved a motorcyclist who suffered serious injuries after deviating from his lane and crashing into a concrete barrier.

"On Saturday morning, the sixth and seventh accidents happened on Al Khail Road, towards Business Bay Crossing Bridge and on Mina Jebel Ali Road. Both the incidents involved a light vehicle and a truck," explained Col. Bin Suwaidan who once again highlighted the dangers of being distracted while driving.