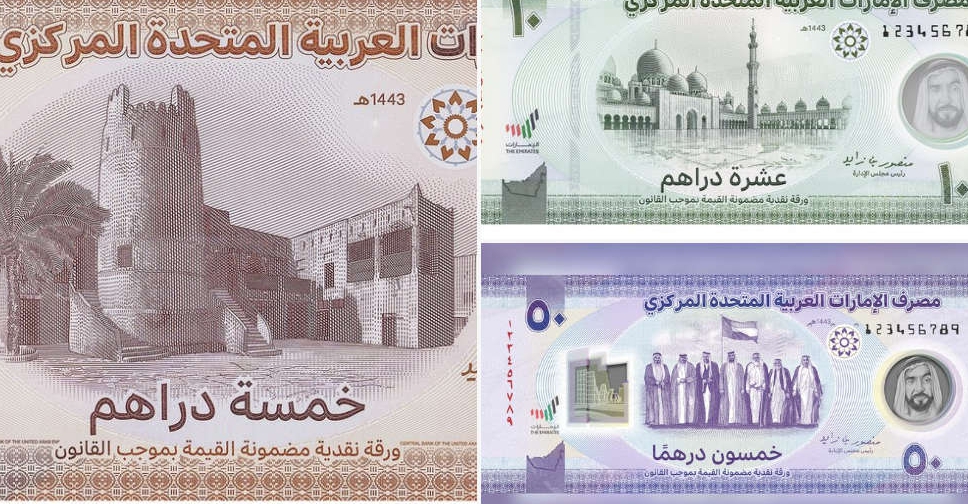 New AED 5, AED 10 and AED 50 banknotes have entered circulation in the UAE following distribution to all banks operating in the country, the Central Bank of the UAE (CBUAE) has announced.

To promote public awareness of the new denominations and increase their circulation, the CBUAE – in collaboration with the UAE Banks Federation (UBF) – has provided the new AED5, AED10 and AED50 bills through participating banks' ATMs.

Emirates NBD, Abu Dhabi Commercial Bank (ADCB), First Abu Dhabi Bank (FAB) and Bank of Sharjah are amongst the national banks to programme their ATMs for the new denominations and update their settings in a short period.

These efforts have ensured the success of the initiative's objectives, met public needs for the new banknotes and resulted in continued consumer happiness.

The new denominations have been replenished to dedicated ATMs from participating banks across the country, each of whom will contact their customers to guide them on the locations of the ATMs that supply the new banknotes along with the other denominations.