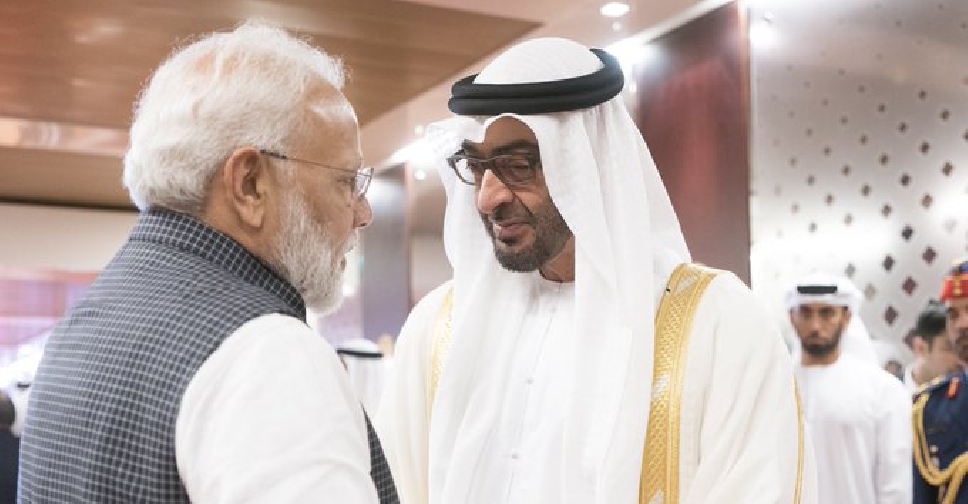 Indian Prime Minister Narendra Modi has left the UAE after a two-day state visit which saw him receive the Order of Zayed, which is the highest civil decoration of the Emirates.

His Highness Sheikh Mohamed Bin Zayed Al Nahyan, Crown Prince of Abu Dhabi and Deputy Supreme Commander of the UAE Armed Forces bid farewell to the Indian leader as he departed from the Presidential Airport in Abu Dhabi.

Earlier on Saturday the two leaders held talks in the capital on enhancing the strategic relations between India and the UAE.

During their meeting, they also discussed regional and international issues of mutual interest.

Sheikh Mohamed bin Zayed presented Modi with the Zayed Medal in recognition of his role in promoting friendship and cooperation.

They also launched a special commemorative stamp to mark the 150th birth anniversary of Mahatma Gandhi.

Sheikh Mohamed bin Zayed had earlier received Modi at the Qasr Al Watan landmark in Abu Dhabi, where he was accorded an official reception and a 21-gun salute.

Modi will now visit Bahrain where he will hold talks with leaders there.