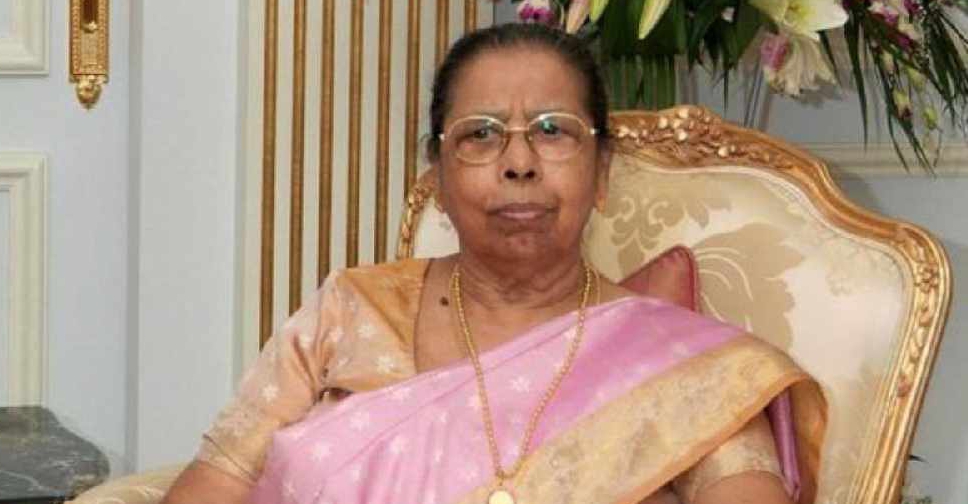 His Highness Sheikh Mohammed bin Rashid Al Maktoum, Vice President and Prime Minister of the UAE and Ruler of Dubai, has paid tribute to Dubai-based educator Mariamma Varkey who died this week at the age of 89.

Mariamma, widely known as Madam Varkey, came to Dubai in 1959 and established a school from her own home that same year; subsequently founding Our Own English High School, in 1968.

She was the mother of Gems Education Founder and Chairman Sunny Varkey.

Mariamma Varkey moved to Dubai with her husband in 1959. Driven by an enduring passion for education, she started tens of schools with thousands of students inside and Outside UAE . Mariamma recently passed away, leaving behind a legacy of education in UAE and beyond .. pic.twitter.com/plAGAVF51O

Earlier this week, the Varkey family confirmed the news of the passing of Madam Varkey, saying she would be remembered as a beloved mother and grandmother, but also as a teacher and pioneer in education, whose impact transcends generations.

A statement released by GEMS Education said: "her humanitarian contributions focused on the learning development of girls and the advancement and recognition of teachers, with her legacy rooted in her unrelenting belief in the power of quality education to better society.”

We are sad to announce the passing of Madam Mariamma (Amina) Varkey, beloved mother of our founder Mr. Sunny Varkey. A former school teacher, who is the inspiration behind the Global Teacher Prize, is warmly remembered as a beloved mother, grandmother and great – grandmother. pic.twitter.com/vpPInl9uK4

In a response to the tribute from His Highness, GEMS Education Founder and Chairman Sunny Varkey said he was most grateful for the kind words, commemorating his beloved mother and her pioneering role in furthering education in the United Arab Emirates.

He said "my family and I consider it a most gracious tribute in honour of her. My mother loved this land, its leaders and people, and considered it her home and second country. We will continue and live up to her pioneering legacy and embody her firm belief in the power of education to change the lives of generations and make the world a better place."