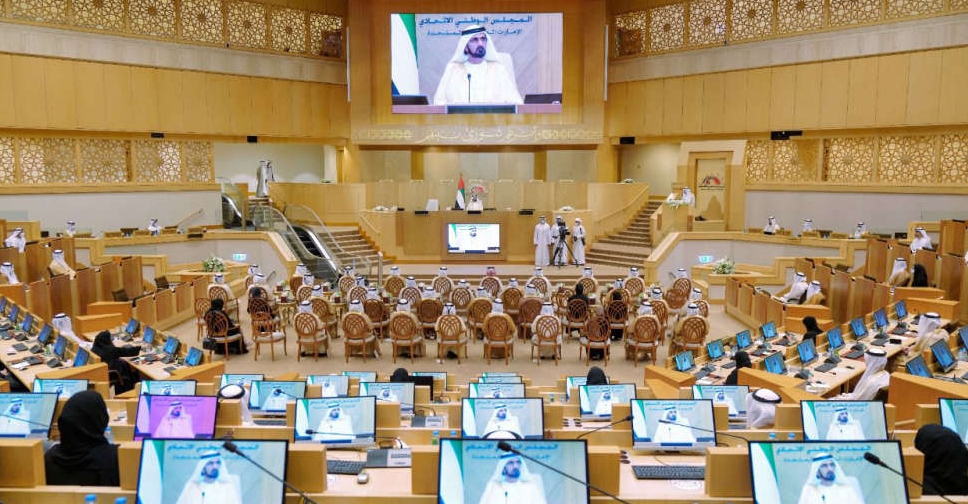 His Highness Sheikh Mohammed bin Rashid Al Maktoum, Vice President and Prime Minister of the UAE and Ruler of Dubai, opened the new session of the Federal National Council (FNC) on Wednesday.

It marked the official inauguration of the third ordinary session of the FNC's 17th legislative chapter.

Sheikh Mohammed was received at the FNC headquarters by Saqr Ghobash, Speaker of the FNC.

During the opening, Ghobash delivered a speech welcoming the attendees and thanking the leadership for supporting the FNC.

He added that the Council will continue serving as a platform for conveying the aspirations and hopes of citizens and supporting the government in achieving excellence.

The opening session was attended by the Crown Princes of different emirates, Deputy Rulers, ministers and senior officials.