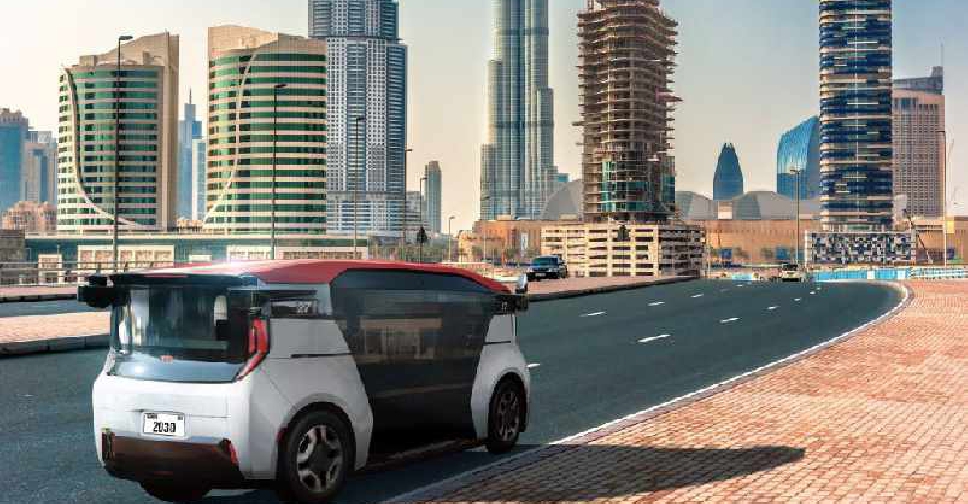 Dubai is set to become the first location outside the US to operate 'Cruise' driverless vehicles.

The Roads and Transport Authority (RTA) has signed an agreement with the self-driving car subsidiary of General Motors Co. to operate driverless taxis and ride-hailing services in the emirate

.@HamdanMohammed announces @rta_dubai has signed an agreement with General Motors Co’s @Cruise self-driving car subsidiary to operate its autonomous vehicles in #Dubai starting in 2023, adding that the self-driving fleet will reach 4,000 vehicles by 2030. pic.twitter.com/rpicBThNdD

The all-electric vehicles are environmentally-friendly and capable of serving a wide range of clients from different community segments, including senior citizens and people of determination.

"Our goal is to convert 25 per cent of the total transportation trips in Dubai to self-driving trips through various means of transportation by 2030,” said His Highness Sheikh Hamdan bin Mohammed bin Rashid Al Maktoum, Dubai's Crown Prince and Chairman of the Executive Council of Dubai.

He discussed the future of smart mobility with Jeff Bleich, chief legal officer of General Motors-Cruise.

Dubai's vision for the future of autonomous driving aims to reduce transport costs by AED 900 million annually, save AED 1.5 billion annually by reducing pollution by 12%, and gain AED 18 billion in revenue yearly by increasing the efficiency of the sector - all by 2030.

I've been discussing the future of smart transportation with Jeff Bleich, Chief Legal Officer at General Motors-@Cruise, at the signing of a strategic partnership between Cruise & @rta_dubai to operate autonomous vehicles in Dubai from 2023, reaching 4000 vehicles by 2030. pic.twitter.com/62MHTPts2K