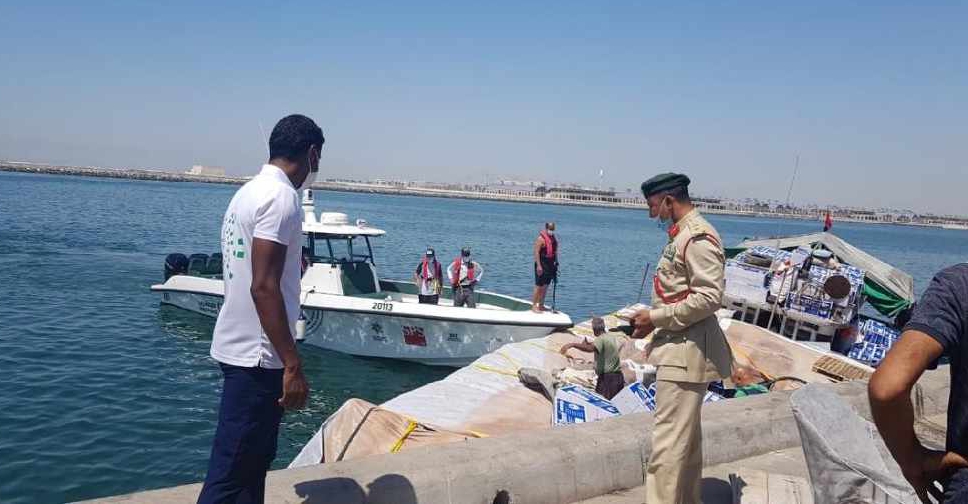 Six Asian sailors have been rescued by Dubai Police, who also prevented their dhow from sinking in the creek.

Maritime rescue patrols were quick to respond to an emergency call from the dhow’s captain after water started filling the boat as it was sailing onto an Asian country.

"Water leaked into the dhow through a crack caused by overloading the wooden boat with commercial cargo," said Lieutenant Colonel Ali Abdullah Al Naqbi, Head of the Maritime Rescue Department at the Ports Police Station.

He added that the security patrols immediately rescued the sailors in distress and ensured their safety.

Dubai Police divers realised the crack in the dhow’s structure was large, so they decided to move the boat to the nearest dock to secure it before it completely sinks.

"Our teams succeeded in towing the dhow to a nearby dock, then our divers installed special rescue balloons to help keep the boat afloat before we used a mechanical winch to salvage it," explained Al Naqbi.

Al Naqbi added that they worked in collaboration with Dubai Municipality to prevent further financial and environmental damage.

He also urged owners of boats, ships and yachts to take advantage of the Dubai Police smart app's 'Sail Safely' service, which tracks sea journeys and alerts users to delays during trips.