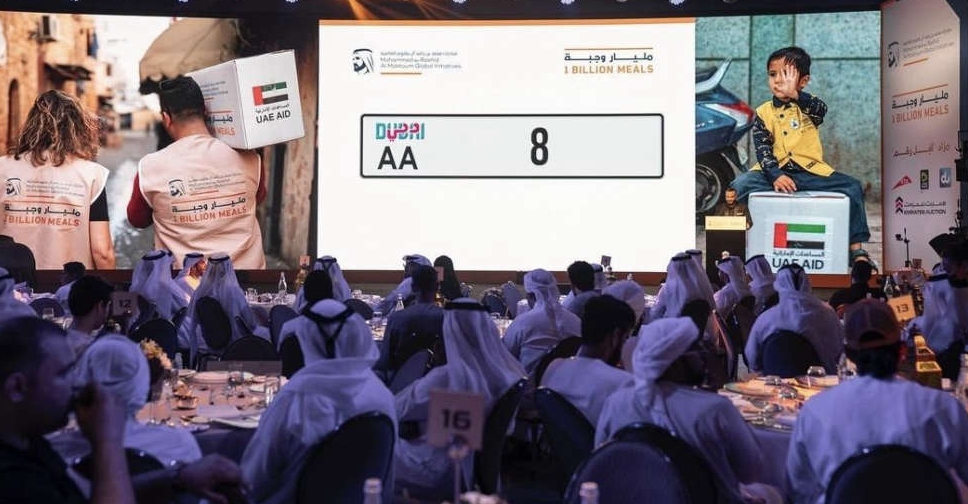 Unique number plates AA8, F55, V66 and Y66 went under the hammer in Dubai in support of the UAE's 1 Billion Meals initiative.

It brings the total donations collected by the 1 Billion Meals initiative - that will feed the poor in 50 countries around the world - to AED 391 million.

The second 'Most Noble Numbers' charity auction will be held on Wednesday, April 20, at the Emirates Palace hotel in Abu Dhabi. It will offer special Abu Dhabi plates, including numbers 11, 20, and 999 from code 2 and plate number 99 from code 1.

Meanwhile, the online auction for 555 distinct vehicle plate numbers will be held on April 17 and 18.