A.I. tech on Dubai cycle paths to detect if riders are wearing helmets 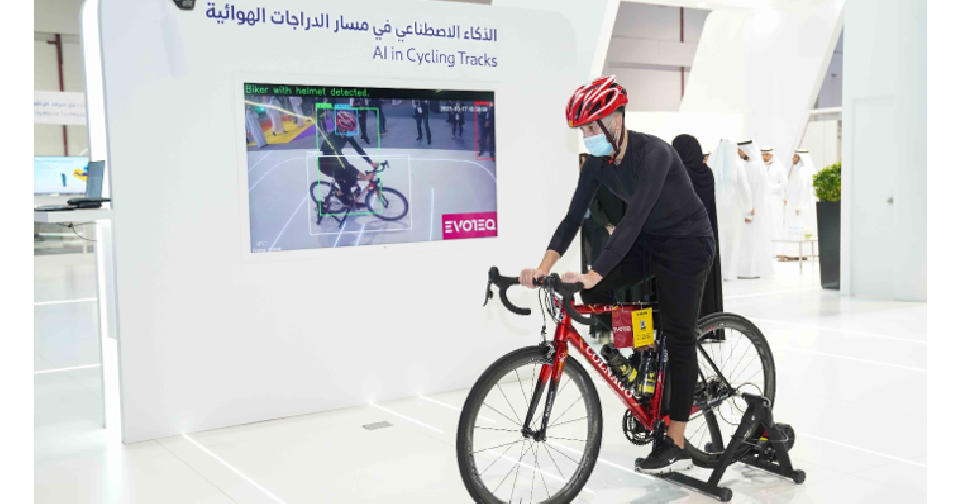 Dubai's cycling lanes are being equipped with artificial intelligence technology to improve safety and keep track of occupancy levels.

It will also help detect if cyclists are wearing helmets and riding within the speed limit.

The Roads and Transport Authority (RTA) is currently showcasing the technology at GITEX, which kicked off in Dubai today.

Meera Al Shaikh, Director of Smart Services at the RTA, shared the details with ARN News.

"The data gathered by this high-tech AI-enabled platform will be leveraged to detect cyclists, joyriders, including joggers, and scooter riders, on the track and determine the current track occupancy," added Mohammed Yousuf Al Mudharreb, CEO of RTA’s Corporate Technology Support Services Sector.

"Further trend analysis will allow the collected data to predict and prevent critical cycling incidents like crowded tracks and accidents, and alert authorities of increased risk conditions based on the collected data, he explained.

The technology has been deployed at the Nad al Sheba cycling track as part of the project's initial phase.

"In Dubai, the solution will help boost the government’s efforts to make the emirate a bicycle-friendly city, as well as promote cycling as a form of sport and fitness activity," said Jihad Tayara, CEO of EVOTEQ, the company that developed the concept.

The RTA has developed 463 km of cycling track and plans to increase the total length of cycling lanes in the emirate to 739 km by 2026 with the aim of linking the most vital areas in the emirate with various public transport stations.

#RTA is featuring the ‘Using AI in Cycling Tracks’ solution at #GITEXTechWeek2021, which is a proof of concept developed by EVOTEQ, a digital transformation solutions provider. https://t.co/6pqh6Vr9EF pic.twitter.com/A97G4Mq1gI