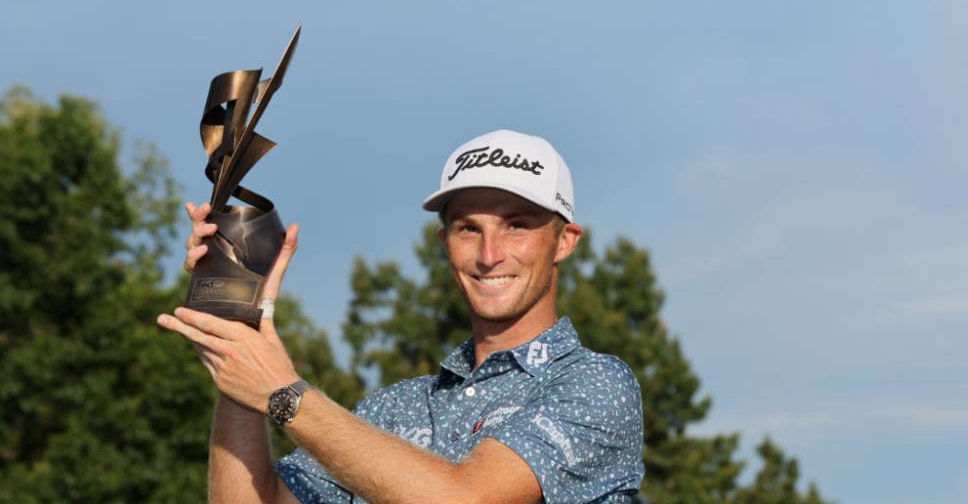 It took an extraordinary and unpredictable three-hole playoff, but Will Zalatoris finally landed his maiden PGA Tour title by defeating Austrian Sepp Straka on Sunday to win the FedEx St. Jude Championship in Memphis, Tennessee.

Zalatoris' victory in the first leg of the FedEx Cup Playoffs gave him 2,000 Cup points and pushed him into first on the leaderboard, ahead of Scottie Scheffler, with two tournaments to go.

After both players made difficult par saves on their second playoff hole, they headed to TPC Southwind's par-3 11th, where a water hazard lies in front of the green. Zalatoris' tee shot landed short, bounced side to side and eventually came to rest on the brick facade separating land and water.

But Straka hit an even poorer tee shot, glancing off a grass berm and into the water. He had to take a drop, landed his next shot in a bunker and finally hit the green on his fourth shot.

That meant Zalatoris, ranked Number 14 in the world entering the week, didn't need to swing from the bricks. He took a penalty stroke, went to the drop area, landed his third shot about 8 feet from the hole and saved bogey to beat Straka.

"It was a grind," Zalatoris said through tears on the NBC broadcast. "This week I didn't have my best stuff on Thursday and just kept telling (caddie Joel Stock), just keep waiting till the weekend. To kind of see that decision pay off at the last is pretty cool."