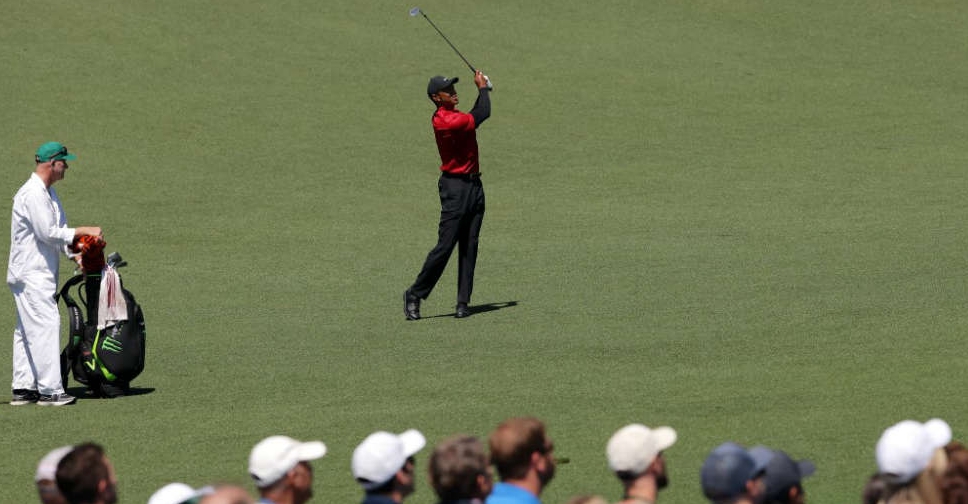 Tiger Woods played a nine-hole practice round Sunday afternoon at Southern Hills Country Club in Tulsa, ahead of this week's PGA Championship.

The 15-time major winner told reporters on site that he felt his surgically repaired leg and foot were feeling stronger than when he played the Masters a month ago.

"I've gotten a lot stronger since the Masters," Woods told reporters. "We went back to work on Tuesday (after the Masters). Monday was awful. I did nothing and Tuesday was leg day. So, we went right back after it.

"We started ramping up a week or so ago, played a little bit more golf, and it was good. Everything is better."

After a gruesome one-car accident in February 2021 left him unable to walk for three months, Woods made his return to golf at the Masters and made the cut. It ended up being his worst career Masters finish -- he finished in 47th place at 13 over par - and it was clear that walking the course was the bigger challenge for Woods than hitting shots.

Woods has made clear that he will pick and choose which tournaments he will play going forward rather than return to playing the PGA Tour full-time. He is three major titles shy of tying Jack Nicklaus' career record of 18.

Woods won the PGA Championship the last time it was held at Southern Hills, in 2007.

"Hundred per cent I see him stronger," LaCava said. "I just think the endurance is there now. I don't think he's getting quite as tired as quickly. I see more endurance more than anything."

"Other than the fact that he won here 15 years ago, I think it's the stamina and endurance thing that excites him the most."