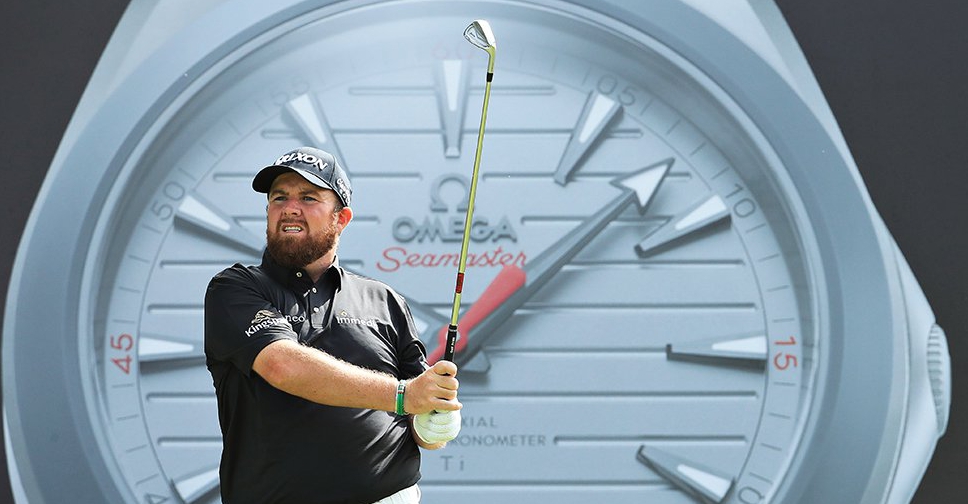 A host of Major champions will tee it up at this month’s OMEGA Dubai Desert Classic as Shane Lowry, Ernie Els, Padraig Harrington, Graeme McDowell, Henrik Stenson, Danny Willett and Martin Kaymer add their firepower to an already stellar cast confirmed to play.

With Collin Morikawa, Justin Rose and Sergio Garcia previously announced, there are 10 Major winners committed to the tournament, which gets underway from January 28 – 31.

As the European Tour’s longest-running event held outside of Europe, the OMEGA Dubai Desert Classic continues to underline its status as a must-play tournament for the game’s best players by attracting world-class fields, year after year.

Ireland’s Lowry became the latest European Major success story with a heroic six-shot victory at The Open at Royal Portrush in 2019 – the highest winning margin in a Major since 2014.

The 33-year-old is making his third consecutive appearance in the OMEGA Dubai Desert Classic and is looking to build on back-to-back top 15 finishes over the Majlis.

“I love starting the year in the Middle East and this is a special event in a great city," said Lowry. "I have played well over the last couple of years there and I’m hoping that can continue this month and kick start another successful season. The field is shaping up nicely and it’s all set up to be another great week."

Four-time Major champion Els won his first European Tour title at the 1994 Dubai Desert Classic and later that year won his maiden Major at the US Open to kick-start a career that would lead him to the World Golf Hall of Fame.

Els would win the Desert Classic on two more occasions in 2002 and 2005 to become the tournament’s first, and to this day only, three-time champion.

"I’m proud of my association with this event as a three-time winner," said Els. "It broke new ground by bringing professional golf to the region and both the tournament and the city have grown so much since the early 1990s when I first came here. I’ve had some great weeks and a few heartbreakers, but that’s the nature of golf. I can’t wait to see what this year has to offer."

Current European Ryder Cup Captain Harrington is the man many in the field will be hoping to impress with some strong early season form, but the three-time Major champion will himself be in competitive mode, in addition to casting his eye over potential members of his team.

Harrington, who won The Open in back-to-back years in 2007-08 as well as the 2008 US PGA Championship, has previously finished runner-up at the 2001 OMEGA Dubai Desert Classic and is set on enjoying his ninth career appearance in the event.

"Last year I played the OMEGA Dubai Desert Classic for the first time in over 15 years and I quickly realised what I had been missing," said Harrington. "It’s a great event on a quality golf course and I’m delighted to be returning again this year.

"As Ryder Cup Captain it’s important for me to keep an eye on the players who are in contention to make the team and I look forward to the test that the Emirates Golf Club will provide."

McDowell returns to the tournament for the sixth time in seven years, fresh off the back of a successful season that saw him return to the winner’s circle on the European Tour for the first time since 2014 with victory at the Saudi International.

The Ulsterman wrote himself into the history books in 2010 as the first European player to win the US Open in 40 years with a one-stroke triumph at Pebble Beach in California and later that year he etched his name into Ryder Cup lore by securing the winning point at Celtic Manor on that memorable Monday finish in Wales.

"The OMEGA Dubai Desert Classic stands out as one of the most prestigious tournaments on the European Tour because of both its longevity and the list of past winners – and it would be nice to add my name to that list," said McDowell. "Dubai is a city that has grown over the years and so too has this tournament because the golf course it is held on is a true classic.

"The Majlis suits me in that it rewards accuracy from both the tee and the fairway and it’s a course I feel I can compete on, so I’m looking forward to getting out there and getting stuck in."

Swedish 44-year-old Stenson is an ever-present at the event dating back to 2001 and won the title in 2007 before going on to achieve his Major dream in 2016 with victory at The Open at Royal Troon.

"I obviously have a liking for the tournament and for Dubai having previously made my home here for many years and winning back in 2007," said Stenson, a five-times Ryder Cup player. "It’s always a nice week on a great golf course and this is a title that every player would want to have and it feels good to be a past champion. The idea of winning it again inspires me and I’d love to be able to pose with the Dallah trophy again."

Willett is another player who tasted success in the OMEGA Dubai Desert Classic before breaking through as a Major champion – achieving both in the same year when he followed his victory in Dubai by triumphing at The Masters in 2016.

"This tournament is a special one for me as a past champion and I love coming back here year after year," said Willett, who made his Ryder Cup debut five years ago and is playing in the Desert Classic for the 11th time. "The Majlis is a classic course and is always presented in fantastic condition so it’s a week I always look forward to at the start of each season."

Kaymer won the second of his two Major titles with a captivating eight-shot win at the US Open in 2014 and is making his 12th appearance at the OMEGA Dubai Desert Classic. The German has four top tens in the event – including runner-up on his debut in 2008 – and is relishing another tilt at the title this year.

"This tournament has been a mainstay on my schedule for many years because it’s a week I always enjoy," said Kaymer, who cemented his place in Ryder Cup history by putting the seal on the ‘Miracle of Medinah’ comeback in 2012. "The Majlis course, with the skyscrapers in the background, is one of the most recognisable golf venues in the world and it always provides excitement. I would love to add my name to the list of past winners."

In what is the 32nd staging of the tournament, attendance will be for invited guests only but the action will be beamed to a worldwide audience on mainstream broadcast sports networks, and highlights and exclusive content will be shared on the OMEGA Dubai Desert Classic social media channels.