England make shaky start after bowling Australia out for 303 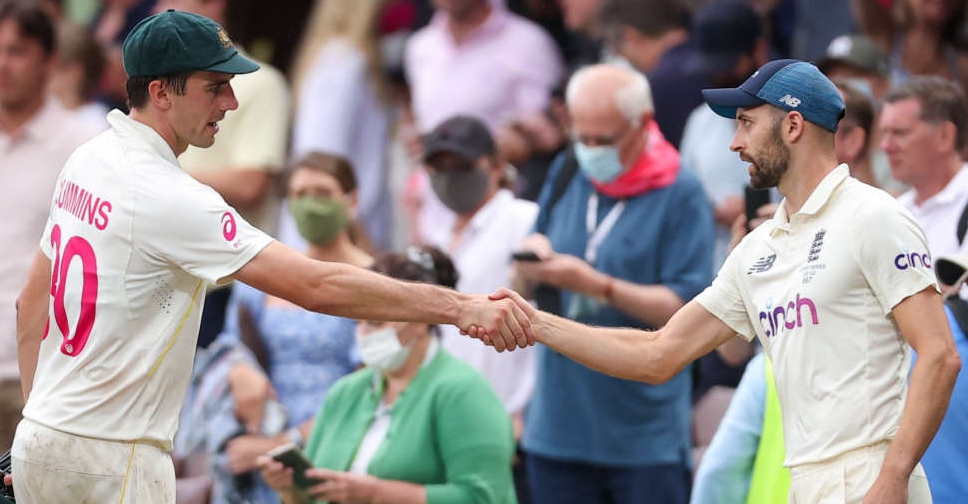 Rory Burns was run out for a duck as England made a stumbling start to their first innings on Saturday, going into dinner on 34 for two after bowling Australia out for 303 on the second day of the day-night fifth Ashes test in Hobart.

His fellow opener Zak Crawley followed him to the dressing room for 18 before the first break, leaving Dawid Malan, who had made nine not out, and skipper Joe Root, who was unbeaten on three, to resume for the second session.

England were hoping for more improvement at Bellerive Oval after a battling draw in Sydney brought an end to a run of three successive heavy defeats in the series.

The signs were promising when Mark Wood's short bowling had Mitchell Starc caught off a top edge early in the day with only five runs added to Australia's overnight tally of 241-6.

The depth of Australia's batting was again in evidence, however, and the tail got the home side over the 300-run mark before the tourists were able to winkle them out.

England's response got off to a disastrous start when, with two runs on the board, recalled opener Burns was called for a single by Crawley only for a direct hit from Marnus Labuschagne to catch him just short of his ground.

Australia skipper Pat Cummins removed Crawley when the batsman got a nick onto his pads, and the ball flew into the air for close fielder Travis Head to take at the second attempt.

Cummins had earlier scored two runs before giving Wood (3-115) his third victim of the innings, with Alex Carey contributing a bright 24 before being bowled by Chris Woakes.

Nathan Lyon was the last wicket to fall when he was bowled by Stuart Broad (3-59) but not before he had made 31, which included three sixes.

Two of them came off Wood on successive balls, the first flying high over deep square leg and out of the ground.

England were a bowler short with Ollie Robinson still suffering from a back spasm that forced him from the field on Friday.