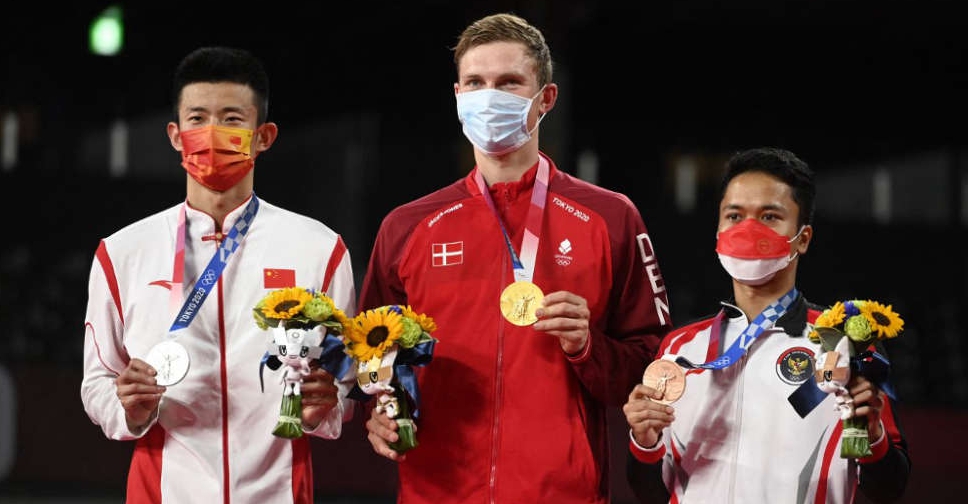 Axelsen and Chen, two of the world's most brutal smashers, ended their match 21-15 21-12 after nearly an hour of flash shots and mesmerising rallies.

Afterwards, Chen embraced and spoke in Chinese with Axelsen, who was still sobbing when he left the court.

"He told me that I deserved it, and my performance here has been great. And I said 'Thank you so much and that he has been a big inspiration to me," said Axelsen, who had just hung up from a call with Frederik, the crown prince of Denmark.

Indonesia's Anthony Sinisuka Ginting beat Kevin Cordon of Guatemala for the bronze medal 21-11 21-13, crushing his hopes of winning his country its second ever Olympic medal.

While the haul isn't as big as it was in London when China won all five golds up for grabs, they have done better than the two golds and one bronze medal they scored at Rio, their lowest at an Olympics.

The win was well-deserved. At one stage, Polii hit the shuttlecock so hard that a string on her racket broke and she had to dash off to swap it for another one while the point was still in play.

Indonesia have never won a gold medal in women's doubles, an event China has previously excelled in.