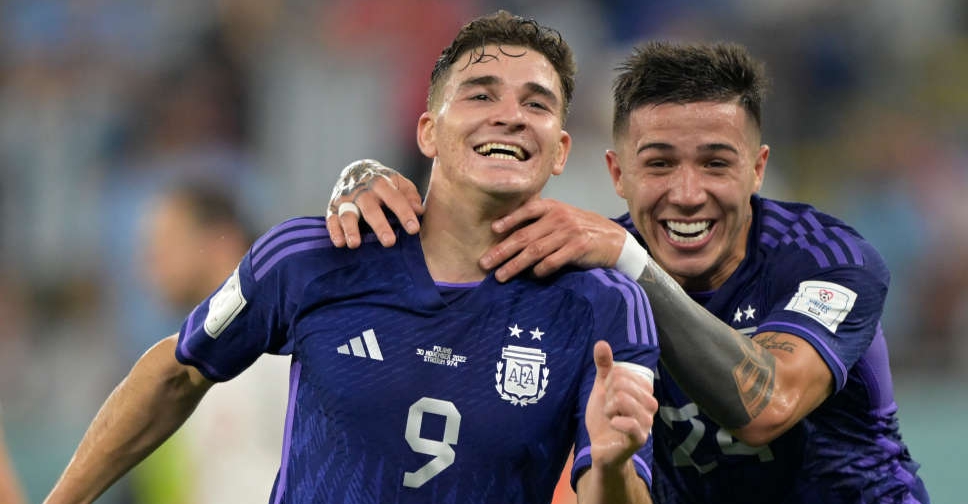 Lionel Messi missed a first-half penalty but Argentina's Alexis Mac Allister and Julian Alvarez scored in a 2-0 victory over Poland at Stadium 974 on Wednesday as both teams booked their places in the knockout stages of the World Cup.

Argentina's victory propelled Lionel Scaloni's side to the top of Group C and they will face Australia in the last-16 while second-placed Poland, who qualified on goal difference after Mexico beat Saudi Arabia 2-1, take on reigning champions France.

Argentina took the lead just one minute into the second half when Mac Allister got on the end of Nahuel Molina's cross and, despite making weak contact, he saw his shot creep over the line with Polish keeper Wojciech Szczesny beaten.

The goal was just reward for Argentina who had dominated possession while Poland had barely managed to get out of their own half, with the South American side's goalkeeper Emiliano Martinez a mere spectator for the majority of the game.

The second goal was the result of some patient buildup where Argentina knocked the ball around before Enzo Fernandez unlocked the defence with a through-ball for Alvarez, who found space in the box and smashed it into the top corner.

"We are satisfied with the match we played. It wasn't easy, it was a must-win match," Scaloni said.

"I think that we read the match very well, my players did a great job. They played very well and I'm very happy. Sometimes you're not happy, but today I am."