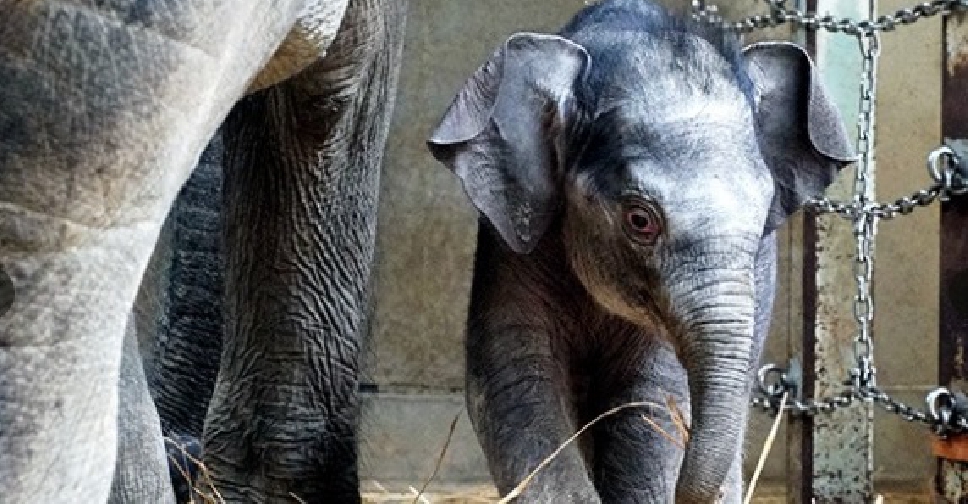 Japan's oldest zoo unveiled the first baby elephant to be born there since its founding more than a century ago, and asked the public for help in naming it.

The male calf was shown to the public on Tuesday for the first time since his October 31 birth at Tokyo's Ueno Zoological Gardens.

His mother Authi and father Artid were gifted to Japan by Thailand in 2002 to celebrate the birth of Princess Aiko, the only daughter of Japanese Emperor Naruhito and Empress Masako.

The Ueno zoo, founded in 1882, has asked the public to vote online for the baby's name, choosing from candidates suggested by the Royal Thai Embassy in Tokyo.

The choices are Arun, which means "dawn" in Thai, Atsadong (sunset), or Tawan (sun).

The winning name will be announced on December 15.

Viewings of the baby elephant and mother Authi, 22, are being limited to two hours a day for now, to avoid stressing the animals.

The baby was about 100 cm and 120 kg at birth, but he has grown considerably since.

Sadly, the father, Artid, passed away at the age of 23 in August after a bout of tuberculosis.