This Dubai cafe is staffed entirely by robots 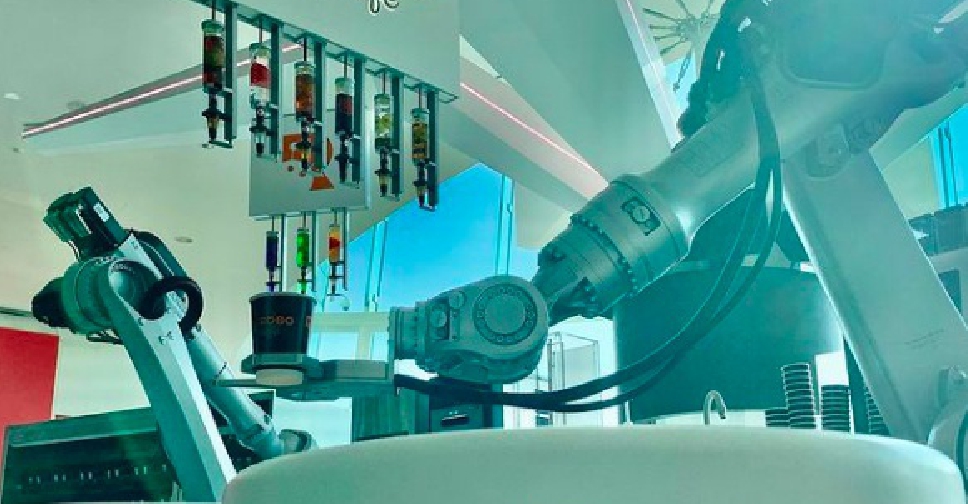 Nothing says social distancing quite like Dubai's RoboCafe, where robots have replaced their human overlords.

Customers can place their orders with German-made robots, who then prepare and deliver it straight to their tables.

"It's a good idea, especially right now," said Emirati customer Jamal Ali Hassan, whose piping hot beverage was delivered with no spills. "Restaurant turnouts are low, so I would expect that this idea would be popular... You order online and the robot works in front of you and gets you whatever you want within minutes."

RoboCafe has been in the works for more than two years, but its launch was delayed from March 2020 due to the pandemic. It finally opened last June, when restrictions in the United Arab Emirates were relaxed.

The RoboCafe was created with support from Dubai's government artificial intelligence initiative. Humans are only called upon when there are glitches, or to sanitize surfaces.

.@Reuters: This #Dubai cafe is staffed entirely by robotshttps://t.co/JK1vUKsDDS

"The client orders from the screen here, then everything is reliant on artificial intelligence, [the robot] sorts out the orders by table and places it on the small service bot, and the service bot delivers it to the customer," said Executive Director, Rashid Essa Lootah.

German-made robots make the drinks, while the fully autonomous delivery bots are designed and made in the UAE.

"I'm a bit of a tech nerd, so seeing the little robots, like the roomba vacuum delivering food, and the different armatures -- it's like an assembly line in a car manufacturing plant," said customer Vincent Marino.