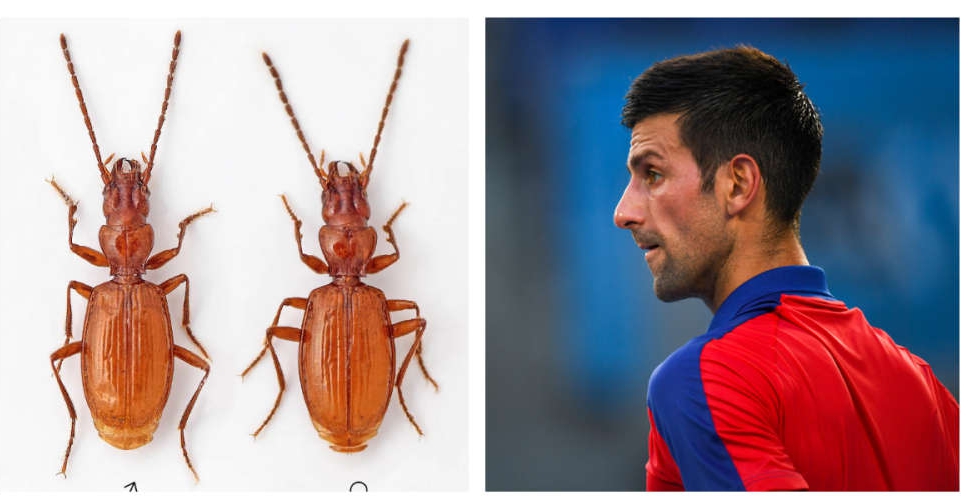 Serbian scientists have named a new species of beetle after tennis great Novak Djokovic due to its speed, strength, flexibility, durability and ability to survive in a difficult environment.

The insect, which belongs to the Duvalius genus of ground beetles that are present in Europe, was discovered several years ago in an underground pit in western Serbia.

Vesovic said that a new species was a specialised underground Coleoptera beetle, a predator which had lost its eyes living deep underground.

"I proposed to name the new species after Djokovic," Vesovic was quoted as saying.

"He is the man who did much for this country. We feel urged to pay him back in the way we can."

Last weekend, the 35-year-old Djokovic, who has won 21 Grand Slam trophies, won the Tel Aviv Open to clinch his third title this season, after winning a seventh Wimbledon crown in July.