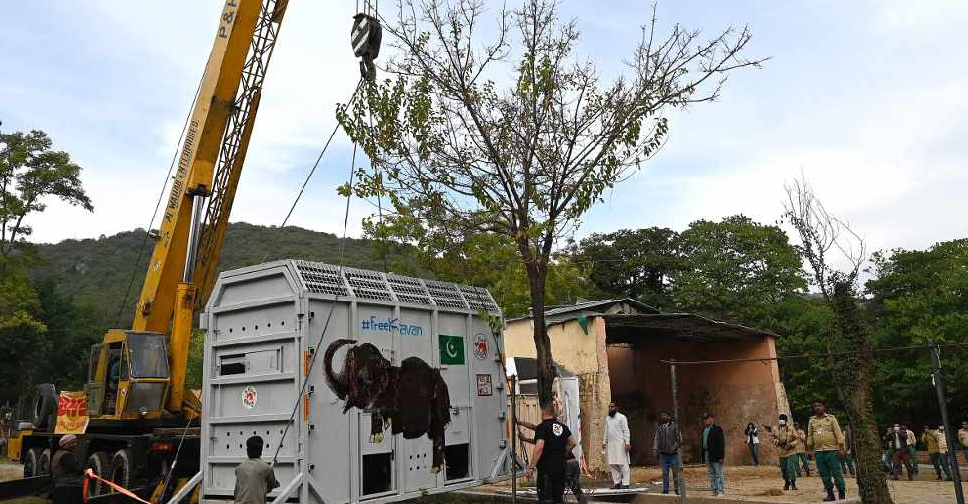 Pakistan's lonely elephant Kaavan arrived in Cambodia by cargo plane on Monday to start a new life at a local sanctuary, the culmination of years of campaigning for his transfer by singer Cher.

The American singer was on the tarmac at the airport of Cambodia's Siem Reap to greet Kaavan and was photographed in sunglasses, black face mask and white jacket meeting the vets who accompanied the elephant, who was placed in a custom-made crate.

Animal rescue organisation Four Paws said Kaavan had another 90-minute drive ahead and would likely arrive at the sanctuary after nightfall, so he would be released in daylight on Tuesday. 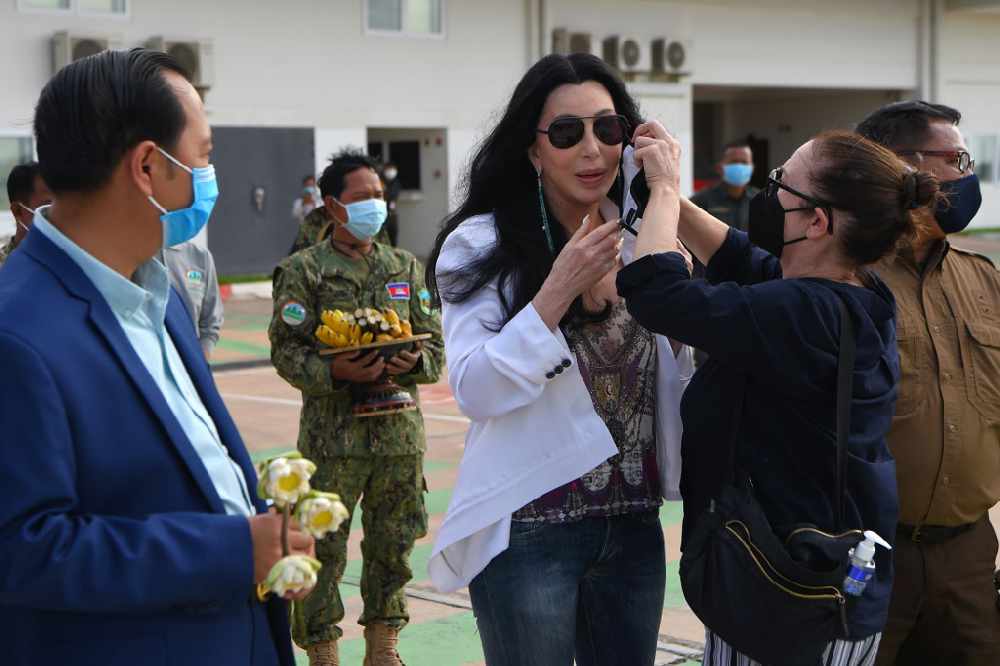 "Kaavan was eating, was not stressed, he was even a little bit sleeping, standing leaning at the crate wall. He behaves like a Frequent Flyer," said Amir Khalil, a Four Paws vet.

"The flight was uneventful, which is all you can ask for when you transfer an elephant."

Cher had written songs pressing for Kaavan's release from grim, isolated conditions at Islamabad Zoo and she had spent the last few days with him in Pakistan.

The multi-award-winning singer has been with a film crew documenting Kaavan's story and said she was proud to be part of an effort to free an elephant she said had been shackled to a shed for 17 years. 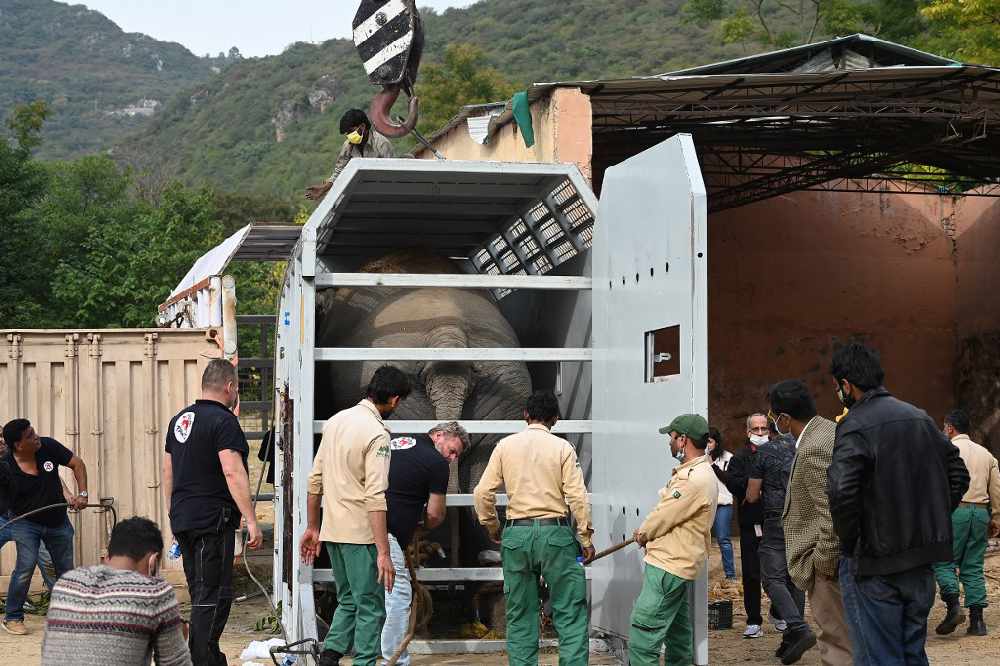 Dozens of wildlife workers and experts led by Four Paws used a winch and rope to pull the sedated elephant into the crate before he was loaded onto the Russian-built cargo plane.

Kaavan's handlers took more than 200 kg of food, including bananas and melons, to keep him busy on his journey.