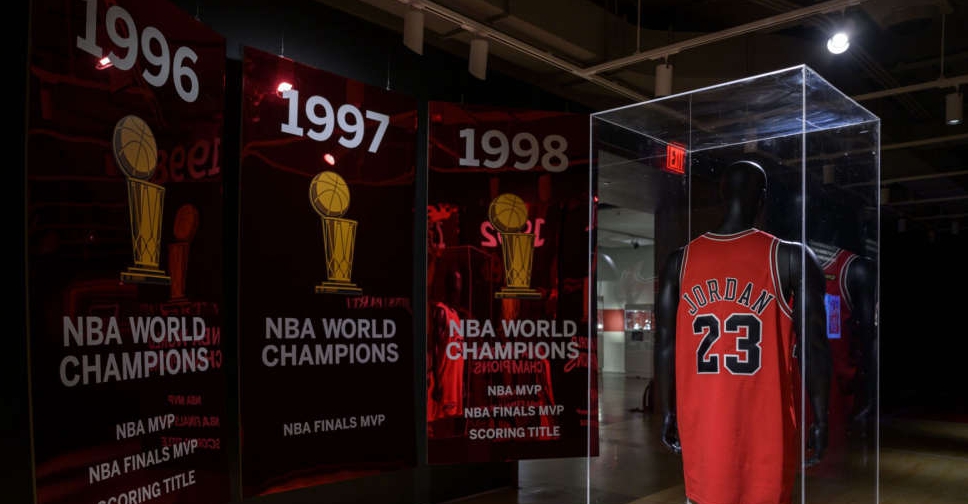 Michael Jordan's jersey from the opening game of the 1998 NBA Finals sold for over $10 million at an auction, making it the most expensive piece of game-worn sports memorabilia in history.

"In the weeks since we announced the auction, there's been palpable excitement from not only sports fans, but collectors alike who are eager to own a rarefied piece of history," said Brahm Wachter, Sotheby's Head of Streetwear and Modern Collectables.

"Yet again, today's record-breaking result... solidifies Michael Jordan as the undisputed G.O.A.T, proving his name and incomparable legacy is just as relevant as it was nearly 25 years ago."

Jordan's jersey was expected to fetch $3 to $5 million at Sotheby's "INVICTUS" auction and eclipsed the $3.7 million spent in May on Kobe Bryant's Los Angeles Lakers jersey worn in his rookie year - the previous record for a basketball jersey at auction.

It also broke the record for any item of Jordan sports memorabilia after his autographed relic card from 1997-1998 sold for $2.7 million.

The jersey from the famed Last Dance season - named after the 2020 ESPN/Netflix documentary chronicling Jordan and Chicago Bulls in their quest to win their sixth NBA championship in eight years - attracted a total of 20 bids.