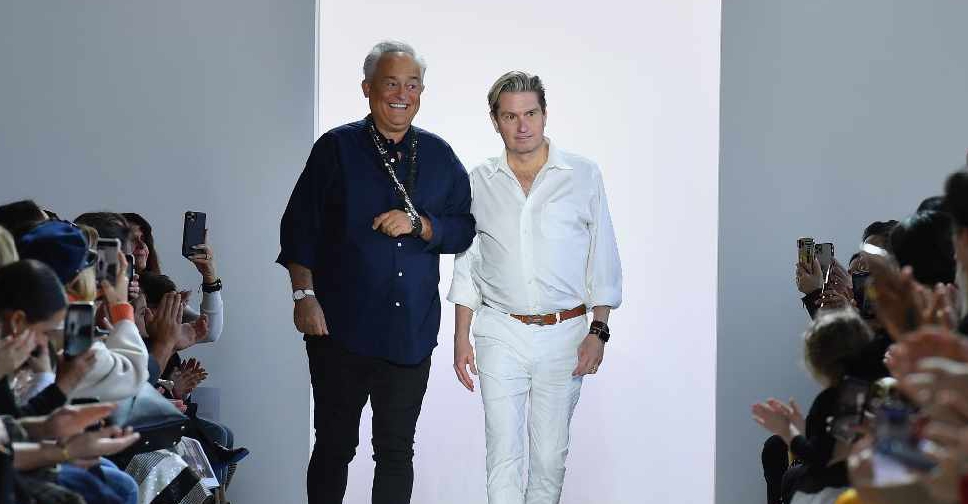 Designers Mark Badgley and James Mischka used their desire for travel as inspiration for their new Spring 2021 collection, debuted via video this week at New York Fashion Week.

Mischka said he wanted to capture places like Greece and Cuban capital Havana, "the kind of places that we didn't get to go this summer, which we would have liked to have gone. So we went there in our mind and tried to bring our customers there as well," said Mischka.

Because COVID-19 restrictions prevented the traditional runway shows, the duo filmed a small portion of the completed line at a public garden in Westbury, New York.

"It was a crazy season. There were so many starts and stops," said Badgley.

The designers described the collection as luxe loungewear, with many interchangeable pieces - including a sequin pantsuit, terrycloth jackets, and chiffon palazzo pants.

The pair, who have been hosting shows for 33 years, said it was difficult to replace the excitement of the traditional catwalk.

"When those lights go down and that girl struts, you know, her stuff - that first look. You get goosebumps," said Badgley. "It's our hope and our dream that maybe a year from now, next September maybe, we can get back to how we used to do things."

Fashion Week will end on Thursday, with Christian Siriano showing his new line from his Connecticut home.