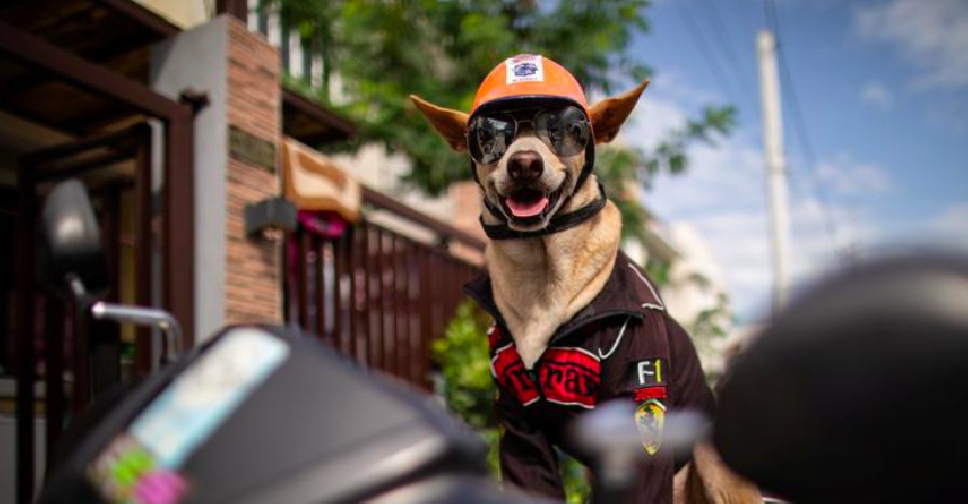 With his black sports jacket, reflective aviator sunglasses and bespoke orange helmet with holes so his ears can stick out, Bogie the dog sure is one suave-looking canine, with an Easy Rider look that would earn him a place in any motorcycle gang.

The 11-year-old crossbreed from the Philippines takes daily motorcycle rides with his owner Gilbert Delos Reyes, balanced perfectly with his hind legs on the edge of the seat and paws straddling the handlebars. Bogie has become a neighbourhood celebrity and is a magnet for attention on mountain and beach road trips.

"The first thing I taught him when he was around four months old was how to ride a motorcycle. I would carry him whenever I rode," said Reyes, who owns a motorcycle shop in Cavite province outside the capital Manila.

"One day, he just started following me every time I left the house. As soon as I started the engine, he would get excited and jump on the bike."

Bogie is also good for business, helping to lure customers eager to take pictures with him to Reyes' shop, and doling out pawshakes as well.

He has even proven himself useful as a guard dog, once chasing after thieves who tried to steal his owner's gold necklace at an intersection.

Reyes purchased Bogie when he was just a month old for 100 pesos ($2), but says the dog has been a lucky charm, and is priceless.

"We've had so many adventures and been to many places together, I don't think I can ever replace him."