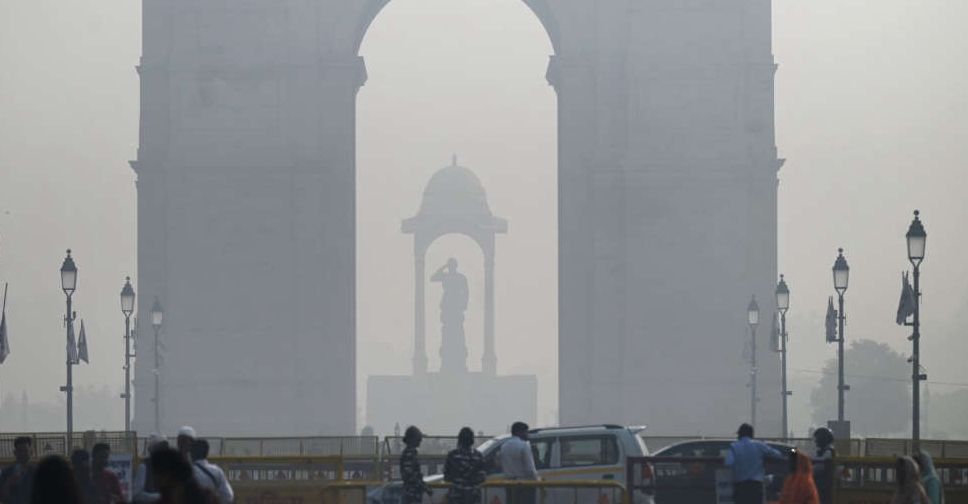 Thick smog engulfed India's capital New Delhi on Tuesday as air pollution worsened with the setting in of winter, shooting up concentrations of fine particles in the air three times above the acceptable limits.

The world's most polluted capital city struggles to breathe easy every winter as cold temperatures and calm winds trap pollutants closer to the ground.

"As the minimum temperature is dropping, gradual fog occurrence during early morning hours is likely to increase, leading to deterioration of air quality index (AQI)," said the federal government's System of Air Quality and Weather Forecasting and Research (SAFAR) in a daily bulletin.

The AQI in parts of the city shot up above 400 on Tuesday, which is classified as the 'severe' category of air pollution, according to the Central Pollution Control Board (CPCB).

Authorities have brought in several measures over the years to improve the city's air quality, including switching Delhi's fleet of public transport to cleaner fuel, spraying water from on top of towers and on roads and controlling burning of firewood and waste during cold weather.

But experts have said these measures need to be applied across northern India and in cities and towns around New Delhi that form the wider National Capital Region, which also suffer from poor air quality, to effectively control pollution.